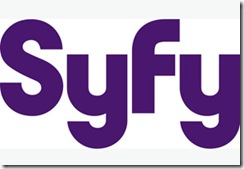 Sounds a bit like 7 Days, to me – but it’s from BermanBraun, the guys who gave us the much better than expected Alphas, so I’m curious to see what they do with the idea. Since it’s a two-hour pilot, even if it doesn’t go to series, there’s a very real chance Syfy will air it anyway – like they did with the fun superhero riff, Three Inches, a few weeks back.

‘We couldn’t be happier to be back in business with BermanBraun. Justin Marks has created a time-travel series with an exciting innovative approach that really exemplifies Syfy’s commitment to bring compelling storytelling to life,’ said Stern.

The thriller revolves around a team of military field operatives and civilian scientists who must use untested technology to travel back in time to alter past events in order to change the future and avoid a devastating terrorist attack.   Justin Marks wrote the pilot and will executive produce with Tom Spezialy, Gail Berman, Lloyd Braun and Gene Stein. BermanBraun and Universal Cable Productions also produce Syfy’s original hit series Alphas, currently entering its second season. Rewind is set to begin production in April 2012.

About Syfy
Syfy is a media destination for imagination-based entertainment. With year round acclaimed original series, events, blockbuster movies, classic science fiction and fantasy programming, a dynamic Web site (www.Syfy.com), and a portfolio of adjacent business (Syfy Ventures), Syfy is a passport to limitless possibilities. Originally launched in 1992 as SCI FI Channel, and currently in more than 99 million homes, Syfy is a network of NBCUniversal, one of the world’s leading media and entertainment companies. (Syfy. Imagine greater.)

About Universal Cable Productions
Universal Cable Productions creates quality content across multiple media platforms for USA, Syfy and other networks. A leader in innovative and critically acclaimed programming, UCP is the studio behind USA’s Royal Pains, Psych, In Plain Sight, Covert Affairs, Fairly Legal and Suits, along with Syfy‘s Eureka, Warehouse 13 and Alphas. The studio is also producing I Just Want My Pants Back for MTV. UCP is a division of NBCUniversal.

About BermanBraun
BermanBraun is an independent media company with three divisions – television, feature film and digital – which create and exploit entertainment content and advertising solutions across all platforms throughout the world.

BermanBraun’s digital division has created and operates some of the most popular properties online.  They include the celebrity news site Wonderwall, which BermanBraun launched in partnership with Microsoft in February 2009.  The site is the primary celebrity destination on the MSN network, and currently ranks first in engagement among all competitive sites in entertainment news.

The site averages nearly 14 million unique users per month.  Wonderwall exceeded one billion page views for the month of December 2012.  In April 2010, BermanBraun launched GLO – a site created in partnership with MSN and Hachette Filipacchi Media.  GLO features an innovative design that creates a unique “digital magazine” experience for women seeking style, beauty and lifestyle content. GLO currently ranks first in engagement among competitive sites in its lifestyle categories.  BermanBraun is launching three new sites with AOL in 2012 in categories of weather, pets and men.

In series television, BermanBraun produces the recently renewed Alphas for the Syfy network; Brad Meltzer’s Decoded (currently in its second season on History Channel); Junk Gypsies (to air in 2012 on HGTV); Polyamory (to air in 2012 on Showtime); and three new series to be produced with Mythbusters stars Jamie Hyneman and Adam Savage for Discovery Channel (the first series, Unchained Reaction, will air 2012 on Discovery).