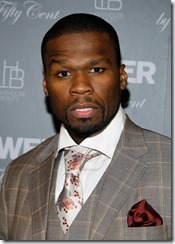 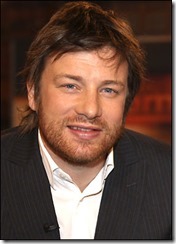 This is a reality… sorry… unscripted series that I can get behind – Sundance Channel’s Dream School. The premise: take the kids who were the hardest to reach in high school and place them in a school where their instructors are dedicated professionals; top names in their fields – household names, even. The faculty would include professional musicians, politicians, filmmakers, scientists, actors and artists. What would happen then?

Sundance Channel has given the green light for Dream School. The format was created by internationally acclaimed chef Jamie Oliver and multi-hyphenate musician-actor-entrepreneur Curtis ‘50-Cent’ Jackson will executive produce. Follow the jump to read the official press release.

Series Format Created By and Executive Produced By Jamie Oliver

New York, NY – June 6, 2013 – Sundance Channel announced today the greenlight of a new original non-fiction series “Dream School.”  Multi-platinum award-winning musician and entrepreneur Curtis “50 Cent” Jackson will executive produce under his G-Unit Films and Television banner and appear in the show. The series format was created by Jamie Oliver who will also executive produce under his Fresh One shingle. The announcement was made today by Sarah Barnett, Sundance Channel President. The series is slated to premiere in fall 2013.

What would happen if the kids who were the hardest to reach in conventional school, instead attended a place of learning where the educators were achievers and leaders – many of whom have become household names? In “Dream School,” classes are taught by professionals from the top of their fields – and the faculty includes professional musicians, politicians, filmmakers, scientists, actors and artists.

The six-part hour long series creates a place for troubled teenagers to be inspired to turn their lives around. Homeless, privileged, neglected or bullied; the kids on this show all have one thing in common — they are dropouts.  High school dropouts are four times as likely to be unemployed as those who have completed four years of college, they are more likely to apply for public assistance and they comprise a disproportionate percentage of the nation’s prison and death row inmates. 82% of prisoners in America are high school dropouts.[1]

Now Sundance Channel is giving them a once in a lifetime chance to start over.  Overcoming past failures and future obstacles will prove to be no easy task for both the students and teachers in this series. “Dream School” is an ambitious project where the best and the brightest in our culture teach kids that have been falling through the cracks.

Sundance Channel President, Sarah Barnett, stated, “Dream School will be at times devastating, at times deeply uplifting, and entirely full of the genuine conflict and struggle that goes along with true transformation.   Viewers will see that play out, not just from the teenagers in the show but also from the celebrities and educators who have signed on for this tough yet potentially life-changing project.”

Executive Producer Curtis “50 Cent” Jackson stated, "The importance of ‘Dream School’ is monumental. Helping to inspire these students to reach their potential is personally gratifying."

Jamie Oliver, Executive Producer on the series who already has experience of the Dream School project through his role in the successful and acclaimed UK series says: “The series of Dream School we did in the UK was one of the things I’m most proud of.  We literally changed the lives of many of the kids for the better: some of them went back to school and are now excelling; some of them found out that, despite being told in school that they would never achieve anything, they were actually very gifted at art or acting and went on to achieve great things.  But ‘Dream School’ is tough – both for the kids and for the teachers.  It’s not going to be an easy ride because there are always big characters to deal with and often tensions run high.”

The network recently premiered the second season of hit non-fiction series “Push Girls” which airs on Monday nights at 10PM ET/PT.  Sundance Channel is currently preparing for the summer debut of “The Writers’ Room,” a new original series produced in partnership with Entertainment Weekly that takes viewers inside the writers’ rooms of the TV shows that are defining pop culture today. These projects build on Sundance Channel’s overall programming slate which includes the critically-acclaimed original drama series “Rectify” and the recently-aired Jane Campion mini-series “Top of the Lake.”

[1] Data according to the National Dropout Prevention Center (dropoutprevention.org)