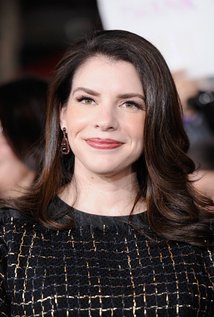 Lionsgate and Liberty global are partnering to produce a new supernatural series from Twilight creator Stephenie Meyer for Starz.

The Rook follows ‘a young woman pursued by shadowy paranormal adversaries while grappling with extraordinary abilities of her own.’

The series will air on the STARZ platform in the U.S. beginning next year.  At the same time, Liberty Global will feature the series exclusively on demand across its footprint in Europe, Latin America and the Caribbean.  Lionsgate will distribute the series worldwide.

Series Will Debut on STARZ Platform in the U.S. and Across Liberty Global’s International Platforms in Europe, Latin America & the Caribbean

The series will air on the STARZ platform in the U.S. beginning next year.  At the same time, Liberty Global will feature the series exclusively on demand across its footprint in Europe, Latin America and the Caribbean.  Lionsgate will distribute the series worldwide.

A riveting supernatural thriller about a young woman pursued by shadowy paranormal adversaries while grappling with extraordinary abilities of her own, The Rook is executive produced by Ms. Meyer (The Twilight Saga, Lionsgate’s upcoming Down A Dark Hall, Austenland and The Host) and producing partner Meghan Hibbett under their Fickle Fish production banner.

An accomplished producer in both television and film, Stephen Garrett will serve as showrunning Executive Producer under his Character 7 banner.  Garrett most recently served as Executive Producer on the award-winning and ratings hit, The Night Manager. The Rook is adapted and co-produced by award-winning playwrights and screenwriters Sam Holcroft (Rules for Living) and Al Muriel (Precious & Rich) based on the novel by Daniel O’Malley.

“A high-end series aimed right at the sweet spot of our audience, The Rook is a great addition to a STARZ slate loaded with the most exciting new and returning series offered by any platform anywhere,” said Albrecht. “We are thrilled to add the talents of Stephen Garrett and Stephenie Meyer to our creative family and forge our partnership with the Lionsgate Television Group and Liberty Global. The Rook is instantly addictive from the very first scene and introduces what we believe will be one of the most fascinating and thrilling female protagonists on television.”

“Stephenie is one of the world’s great creative talents, and Stephen has an incredible track record in bringing remarkable stories to the screen,” said Lionsgate Television Group Chairman Kevin Beggs and President of Worldwide Television & Digital Distribution Jim Packer.  “The Rook is a major premium property driven by an amazing creative team, and it’s not only a terrific addition to the STARZ platform but the perfect series to launch a content alliance with our friends at Liberty Global.”

“The Rook is another important step in Liberty Global’s premium scripted content strategy. Shot in the UK, this project is a perfect fit for Virgin Media as well as our other European markets,” said Liberty Global chief programming officer Bruce Mann. “The series, which we look forward to making available exclusively to millions of Liberty Global subscribers worldwide, is an amazing supernatural thriller which we are excited to have in the hands of an elite creative showrunner like Stephen Garrett.  We’re also delighted to be partnering with our good friends at Lionsgate and Starz.”

“Everything starts with great writing,” said Character 7’s Executive Chairman Stephen Garrett.  “To be conspiring onThe Rook in partnership with Stephenie based on a book that is as dazzling as it is surprising and working with the talented team of Sam and Al, is the perfect springboard for thrilling television. The teams at Lionsgate, Starz and Liberty Global are great champions of creativity, and we’re looking forward to partnering with them.”

The Rook tells the story of a young woman who wakes up in a London park suffering total amnesia – surrounded by dead bodies, all wearing latex gloves. Pursued by shadowy paranormal adversaries, grappling with peculiar ‘abilities’ of her own, she must fight to uncover her past, and resume her position at the head of Britain’s most secret (supernatural) service… before the traitors who stole her memory can finish what they started.

Ms. Meyer has gained worldwide recognition for her original and captivating stories that have paved the way for a new generation of women heroes, and her blockbuster Twilight Saga film franchise, which she created and produced, grossed $3.5 billion at the worldwide box office.  The Twilight films were based on her acclaimed book series which has sold over 100 million copies in more than 50 countries and been translated into 37 languages.  She also co-produced The Host, based on her #1 New York Times best-seller, and Austenland with Hibbett.  They are producing an adaptation of Lois Duncan’s teen classic Down A Dark Hall, starring Uma Thurman and AnneSophie Robb, with Temple Hill’s Marty Bowen and Wyck Godfrey, for Lionsgate.

As an accomplished producer with an eye for pedigree material, Stephen Garrett most recently served as Executive Producer of “The Night Manager.”  The series marked the first under his Character 7 production company, which is based in Los Angeles and London for high-end television and film projects.  A ratings and critical success, “The Night Manager” was done in collaboration with The Ink Factory, and garnered multiple Emmy and Golden Globe Awards.  The Character 7 team also includes Head of Development Michele Wolkoff, who works closely with Garrett on the company’s expanding slate of projects.  Wolkoff joined the company last year having most recently led development for The Mark Gordon Company as Head of Film where she oversaw a robust slate as well.

Prior to Character 7, Garrett was Founder and Executive Chairman of Kudos, the UK’s leading independent producer of TV drama.   While running the company, he and his team galvanized British television with popular and acclaimed shows including the BAFTA-winning “Spooks” (based on Garrett’s original idea), “Hustle,” “Life on Mars,” Frank Spotnitz’s “Hunted,” and ITV’s hit “Broadchurch.”