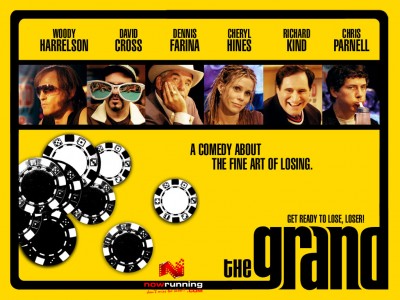 In the last ten years, there have been numerous attempts by film directors to capitalize on the current popularity of the game of poker.  However, most of those attempts flop, and flop hard.

Deal and Lucky You are classic examples of this.  One little known film that actually does a fantastic job of capturing the essence of the game of poker while making fun of it in the process it is the 2007 independent film The Grand.

For anyone that is a lover of movies, you will recognize most of the cast.  Woody Harrelson plays all-around degenerate Jack Faro, a man that seems hell bent on destroying his life and his deceased grandfather’s casino, The Rabbit’s Foot.   Cheryl Hines plays Lainie Schwartzman, a woman trying to prove that she is as good as any poker player, male or female.  David Cross plays her brother Larry, a man who is a great player but can’t get out of his sister’s shadow either at home or in the poker world.  Other cast members include Dennis Farina, Richard Kind, and Ray Romano. 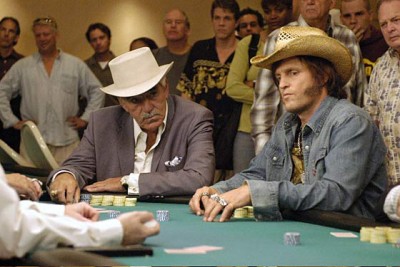 The movie centers around a championship poker tournament known as The Grand.  It is a World Series of Poker style tournament but with a winner takes all prize.  Jack is trying to win the event in hopes of saving his casino and each player has their own reasons for playing and their own style.

This movie was performed in a “mockumentary” style of filmmaking, meaning that the characters were given general outlines and then they improvised many of their lines.  This also includes the final table of the event.  In fact, there were numerous endings written for the event so to allow the players actually play to a winner without dramatic interference. 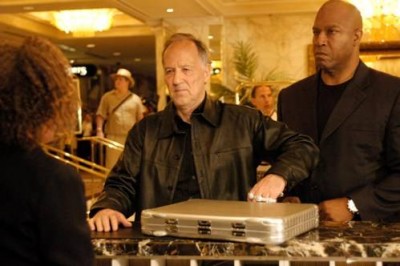 The genius behind this movie is that while it is poking fun at the game of poker, it also captures the essence of the players and the crazy game itself.  One downside to its genius is that some of the humor will be lost on all but the hardcore poker fans and poker insiders.  For example, there is an instance where a man is being berated for not knowing pot odds.  Even most hardcore fans will not know that the guy he is making fun of is poker pro Richard Brodie, essentially the expert on poker odds.  Many poker pros may not even get the joke.

Ultimately, The Grand is a good film for those looking for a fun movie about poker that doesn’t try to make itself into Rounders 2.  It is a must watch for any fan of the game and definitely work checking out on Netflix.