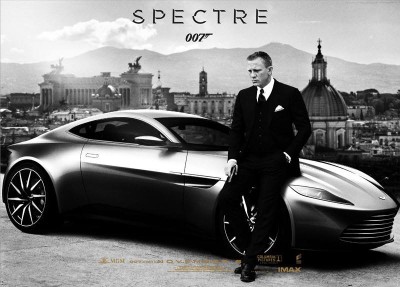 Like some of my fellow critic friends, I started the month with a Bond binge, by the time I got to the end of Diamonds Are Forever – the 3rd movie in the franchise, I slapped myself thinking “What am I doing?” I didn’t want to OD on Bond before seeing the latest installment in one of my favorite franchises. I love me some Bond, but I hated Daniel Craig‘s last three Bond films – yes even the critically and financially successful Skyfall (I know I’m alone on my island with this opinion). So I wasn’t particularly thrilled to sit through another emo Bond experience.

Spectre is a weird animal, it tries to bring the fun back to Bond, while maintaining some of the tone from the past three films while finally acknowledging other films in the franchise exist. This is the most “winky/noddy” noddy film in the entire franchise. It is a subtle dance that the film successfully merengue throughout most of the 2 ½ hour runtime. 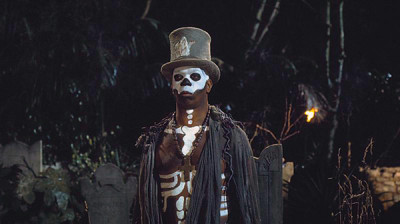 Live and Let Die seems to be an inspiration for several winks – Bond’s carnival mask in the beginning is basically a riff on bond villain Baron Samedi and there’s a fight on the train taken straight from that movie as well. The helicopter sequence reminded me a lot of the opening of For Your Eyes Only. There’s a even a reference to Felix Leiter at one point and I was like what? He died in License to Kill. While these moments are rewarding for long time Bond fans, this film should play really well for first time viewers.

I never had a desire to go to Austria before, but the way Director Sam Mendes and cinematographer Hoyte Van Hoytema showcased the topography of their exotic locations were simply breathtaking. Spectre at times feels more like a travelogue of stunning photography than an actual movie. It’s one of the most gorgeous looking films I’ve seen all year.

Where I would fault Mendes is the way he stages his action scenes. Most of the time he resorts to handheld, shaky cam whenever Bond springs into fisticuffs. It’s all quick cuts, and close up shots which makes it a confused mess. I wish he’d just learn to park the camera and give the audience a chance to really marvel at the fight or chase choreography.

As much as I love the technical aspects of Spectre, the problem lay with the characters. It’s the same issue I’ve had with the last 3 bond films, everyone is so dour, serious and one note that after awhile it became tedious. Are people not allowed to enjoy themselves in this world? I didn’t connect on an emotional level with any of them. Christoph Waltz (Oberhauser) is wasted in this film. He’s barely utilized and we only get a slight glimpse of him in the first hour and when he makes the big reveal at the end it feels stupid and forced. 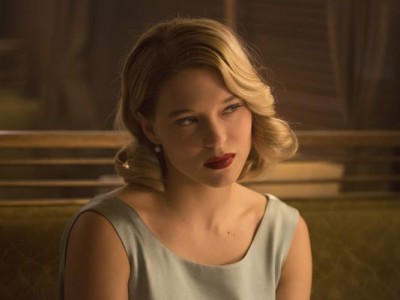 The less said about Monica Bellucci (Lucia) and Dave Bautista (Hinx) ridiculous characters and performance the better.  When Madeleine Swann (Léa Seydoux) finally saunters onto the screen it felt like a breath of fresh air. She brought the classic Bond Girl toughness and it was nice to see Craig actually play against someone for more than one scene.

Other than poorly drawn one dimensional characters, I did like basic thrust of the story which was written and sometimes felt like by a committee people. It’s a modern spy film so of course the story has to focus on how much control we want to give the government to snoop on us. Spectre is using world unrest to seize control of all information. I couldn’t stop thinking this entire plot was ripped off and done better in Tomorrow Never Dies.

Even though I had issues with Spectre it marks a step in the right direction for a franchise that had lost its way. It did bring back some of the fun that has been missing lately and now that they Blofield is done maybe it’ll lead to some fresh material and not continue down this torturous path of “reinventing” all the old characters. For the love of god can Bond NOT be a Rogue agent in the next film? Please?