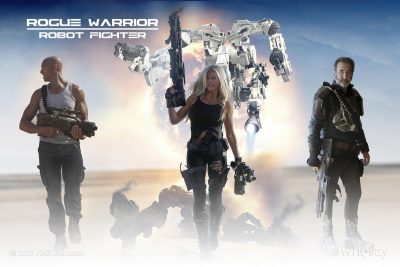 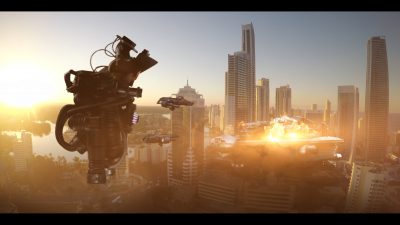 From Comic Con last year to the red carpet premiere in Los Angeles on June 2, it has truly been a journey.  I first learned about this film during my yearly pilgrimage to Comic Con in July 2016.  There, I saw actresses Tracey Birdsall (Who’s Jenna…?, Dawn of the Crescent Moon) and Marilyn Ghiglioti (Clerks, Starship Rising) along with director Neil Johnson (Humanity’s End, Starship) as they signed posters of their film.  I had interviewed Tracey in the past for another Eclipse Magazine article in the past so it was a delight to see her again. I also got to learn tidbits from Marilyn about the film such as the fact that the majority of the film was on location and not an entirely green screen set.

I reconnected again with Tracey and Neil when I was invited to the Action On Film Festival screening of Rogue Warrior: Robot Fighter last August 2016.  It was there that I got a chance to screen and experience the true power of the film.  I also got to have a wonderful conversation with more cast and crew.  Check out the interviews below as I talked with director/writer Neil Johnson, actress Tracey Birdsall, William Kircher (The Hobbit Trilogy), Stephen Manley (Star Trek III, Ghosthunters), Tim McGrath, Ashley Park, Tony Gibbons, Aaron Jacques, and sound design/mixer Vic Kaspar (The Lost World, Terra Nova, Beastmaster)!

As I came to the Los Angeles premiere of Rogue Warrior: Robot Fighter yesterday and reunited with the cast and crew as well as meeting more cast members such as Daz Crawford (Blade II, Agents of S.H.I.E.L.D.), I was struck by the camaraderie that everyone had.   It was a collaboration of imagination,  and true talent.  And sci fi fans of Neil’s films were there to catch the latest film by Sony Pictures.

If you know me, I can’t turn down a science fiction film, and a great sic fi film no less!  I thoroughly loved this film!  The cinematography and sound design/music were magnificent.  The actors were incredible. And the interplay of drama with spurts of humor worked well.  Lots of action scenes were present to keep you in suspense.  There were  twists later in the film. After all, there is more to Sienna than meets the eye.  But no spoiler alert here.  You have to watch the film to find out! As you watch Sienna go through not just an external, but an internal battle within herself, it makes you think about at what point do humans give too much, or too little power to robots. And when you have memories of the past, how, and when, do you let go?  Rogue Warrior: Robot Fighter is a great film that you don’t want to miss.

You can catch the film in select theaters in the U.S. on June 2 along with a DVD release in Walmart on June 6. And if you really want to keep the excitement going, it will be out on Amazon.com in August 2017. 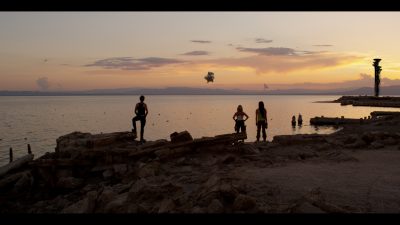 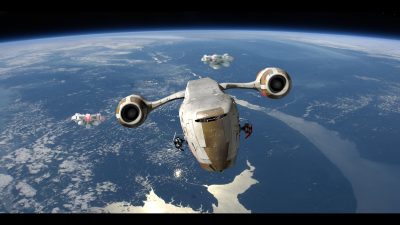