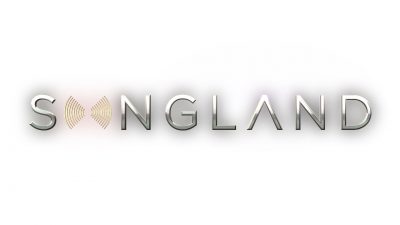 UNIVERSAL CITY, Calif. — Oct. 9, 2018 — Long before a rock star can bring a crowd to its feet or have an album go platinum, a songwriter infuses their melody and lyrics with emotion, passion and heart.

Aiming to find the next generation of hit songwriters, NBC and Universal Television Alternative Studio are bringing powerhouse producer Audrey Morrissey of “The Voice,” Eurythmics co-founder and producer Dave Stewart, Maroon 5’s Adam Levine and OneRepublic’s Ryan Tedder together to produce “Songland.” The series will provide a one-of-a-kind opportunity for talented up-and-coming songwriters to be exposed to and mentored by three music producers per episode who are responsible for today’s biggest hits.

The 11-episode original competition series creates a unique platform for new voices to be heard.

“Songwriters shape the anthems and tell the stories of each generation, and now we’re pulling back the curtain on the collaborative process and opening the door for new talent to emerge,” said Meredith Ahr, President, Universal Television Alternative Studio. “While filming our first episode, the excitement was palpable as we witnessed the creative direction of our panelists transform and elevate the music right before our eyes. Without a doubt, ‘Songland’ will inspire music lovers and give us all a greater appreciation for the songs we love.”

“Music touches people’s lives daily, but few understand how the songs they love are made,” said Morrissey. “Songwriters are the unseen creative force of the music industry. Their lyrics and melodies affect us in deep and meaningful ways, and I’m excited to be part of a show that puts a spotlight on the creators of songs.”

“Songwriters, whether you are aware of it or not, compose the theme songs to our lives. A song can be the pillar on which our dreams are made of or the shoulder on which we cry,” said Stewart. “I’ve been writing songs with and for other people for 40 years and it’s always a thrill to hear those songs interpreted and recorded by all kinds of artists. I’m excited for the viewers to see and hear that magic being created between unknown songwriters and our panel of hit-making mentors.”

“‘Songland’ has been an ongoing passion project for both myself as well as my team at 222,” said Levine. “As a songwriter, I am all too familiar with the challenges that face the music community today. With this new series, we are excited to provide opportunities that will not only impact these songwriters’ careers but also give them a platform to truly showcase their talent to a global audience.”

In each episode five songwriters will perform their original tracks in front of three top music producers and a major recording artist on an intimate soundstage. Each song’s lyrics, arrangements, beats, melody and story will be considered by the panel as producers engage in a lively discussion about ways to creatively adapt them to better fit the style and sensibility of the recording artist of the week.

After the performances, the mega-recording artist will choose three songwriters to move forward to the studio and pair them each with the producer best suited to perfect their song. In the studio, the songs will take shape in unexpected ways as the songwriter and producer duos work together to win over the recording artist. In the end, a winner will be chosen and their song will be recorded and released as the top artist’s next single.

“Songland” is a show that gives songwriters the opportunity to showcase their talents regardless of where they come from or what their day job might be. The series is looking for submissions from people of all walks of life from up-and-coming songwriters and music students, to stay at home moms, bartenders and school teachers. For those interested in appearing on “Songland,” please go to https://www.songlandcasting.com/coming-soon.php.

“Songland” will be produced by Live Animals in association with Universal Television Alternative Studio, Dave Stewart Entertainment and 222 Productions. Levine and 222 Productions are represented by Irving Azoff, Adam Harrison for management and WME for film and television.