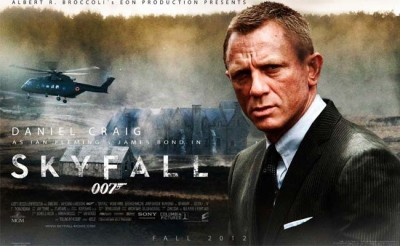 Where to begin, where to begin?  After being in limbo and bankruptcy heck for the last several years there was actually a chance that we would never have another Bond film. Many would say this would have been a tragedy because Daniel Craig was just starting to grow into the role. He had a lauded outing in Casino Royale but a dud in the follow-up Quantum of Solace.

As much as I love Daniel Craig as an actor, he is not my Bond.  Perhaps Skyfall and his previous efforts would have worked if the character was called anything other than James Bond. I know everyone loves the idea of a stripped down, gritty, realistic Bond more like the books than the films. But frankly, screw that noise!  My Bond is not some whiney, emo, staring at the wall, beer drinking “tough guy.”

My Bond loves women, has cool gadgets, a hot car that does neat things, beats the crap out of people and is actually proactive. He doesn’t sit around waiting for things to happen.  Now before everyone jump on me, I know Bond goes after the bad guys in this but he spends a large chunk of this film just moping. It gets annoying. You are James Bond! Have some FUN! There’s one point where he literally just watched a guy assassinate someone instead of jumping in to prevent it. 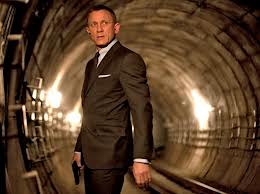 The opening sequence in Skyfall has to be one of the most boring, by the numbers car chases that I’ve seen in awhile. It goes on way too long, but the payoff is great and the title sequence is beautiful. But what is up with Adele’s horrible theme song? We had the classic Bond rifts to remind us that we were watching a Bond movie, but a lot of Thomas Newman’s score was forgettable.

Skyfall celebrates 50 years of Bond and it seems like it is completely at odds with itself. The four people who wrote this movie, Sam Mendes and the producers seem completely schizophrenic. On the one hand it wants to celebrate its rich legacy on the other it spends way too much time belittling it and simply dismissing it. One example is when the new young, annoying Q (Ben Whishaw) says derisively “What did you expect? An exploding pen?” You are darn right I expected and wanted to see an exploding pen in this movie! I would have forgiven a lot if this wasn’t a Bond movie. 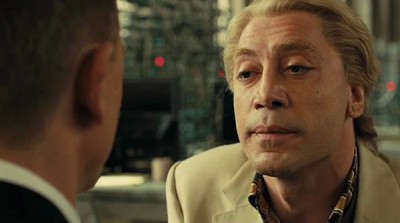 What the heck was with Javier Bardem? His portrayal of the main bad guy Silva was just laughably bad, campy and silly.  The idea of a former agent going bad is a sound one, but was done so much better in Goldeneye. His goal is pretty simple and personal – he wants to see M (Judi Dench) suffer.

Dench is a great actress she was always the wrong choice as M for the Bond movies, especially the Craig ones. She always looks like she’s sucking on lemons and doesn’t want to be in these movies. How many times has she screwed over Bond and her agents? It seems like M exists only to sell out her agents. Do we really need to visit this well worn plot point yet again? Ralph Fiennes is fine as the Civilian oversight guy. The Bond women Eve (Naomie Harris) and Severine (Bérénice Marlohe) are laughably bad. 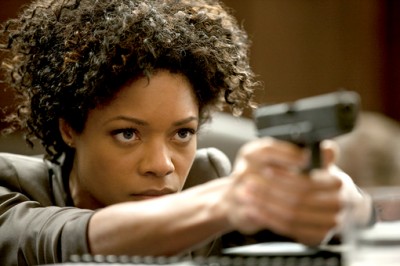 The entire movie is about the Past vs. Future with everyone clearly coming down on the side of moving forward. Its a metaphor for the entire franchise and it beats it over your head. “We are going forward, forget everything you think you love about Bond! We’re going to be different. Change is good!” Blah, blah.

Here’s the thing. As much as pretentious people claim Bond should be some tough, serious, rough and tumble emo badass. He’s NOT! He never has been. Books are different than films for a reason AND let’s be frank, how many people actually read a Bond book?

For the first time in my life I came close to actually walking out of a Bond movie, at the very least there were a few moments where I almost fell asleep. Almost fell asleep during a BOND movie? That should never happen. Then again I almost fell asleep on Quantum of Solace and Casino Royale. Craig may be good as Bond, he certainly looks the part but he just doesn’t act like he wants to be there.