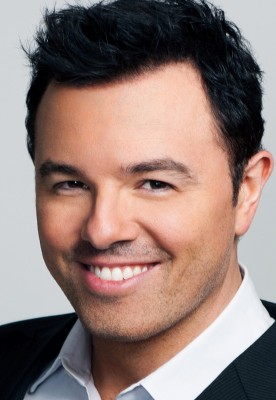 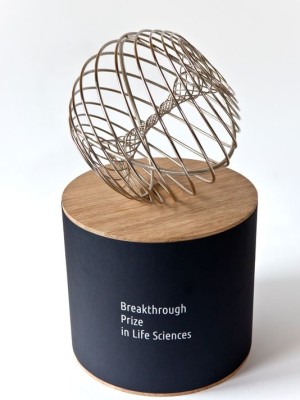 The Breakthrough Prize is an annual awards given to honor the authors of breakthroughs in physics, life sciences and mathematics. MacFarlane, the executive producer of FOX’s Emmy-nominated series, Cosmos, will host the ceremony live on Sunday, November 8th (10/9C). For further details, follow the jump.

Hosted by Seth MacFarlane; Ceremony to Air Live Sunday, Nov. 8, at 10/9c on National Geographic Channel in the US

(WASHINGTON, D.C. – Oct. 5, 2015) National Geographic Channel and FOX will honor today’s most prominent scientists and mathematicians by airing the Breakthrough Prize ceremony, which will be broadcast live in the U.S. on National Geographic Channel Sunday, Nov. 8, at 10/9c, with a one-hour version of the ceremony scheduled for FOX on Sunday, Nov. 29, at 7-8 p.m. ET/PT.

Emmy-nominated Cosmos executive producer and “Family Guy” creator Seth MacFarlane is set to host the annual ceremony, to be held in Silicon Valley. Additionally, the one-hour version will air globally on the National Geographic Channel in 171 countries and 45 languages. Presenters will be announced shortly.

The Breakthrough Prizes were founded by Silicon Valley innovators Sergey Brin (Google) and Anne Wojcicki (23andMe), Jack Ma (Alibaba) and Cathy Zhang, Yuri Milner (DST Global) and Julia Milner(DST Global), and Mark Zuckerberg (Facebook) and Priscilla Chan. For the past three years, the Breakthrough Prize has been honoring those at the forefront of the fundamental physics, life sciences and mathematics fields, while also aiming to inspire innovators in these fields for the future. Each of the Breakthrough Prize laureates receives a $3 million prize, and a total of seven prizes will be awarded. This year, for the first time, the ceremony will also feature the Breakthrough Junior Challenge for students, which will award $400,000 in educational prizes to a student whose original video brings to life a scientific or mathematical idea or principle.

“We are proud to join forces with Don and the Breakthrough Prize team not only to honor the best and brightest in science shaping the world of today and tomorrow, but also to bring this important event to the broadest global audience possible,” said Courteney Monroe, CEO of National Geographic Channels U.S. “National Geographic was founded on the spirit of mavericks, and this partnership affords us the opportunity to continue this great tradition by recognizing those who are breaking barriers and expanding the limits of possibility.”

“It is an honor to partner with the Breakthrough Prize team to celebrate the incredible men and women who are driving the world’s most significant scientific advances,” said Gary Newman and Dana Walden, chairmen and CEOs, Fox Television Group. “We hope that by showcasing these great minds and their important work to millions of viewers, we can help them inspire the next generation of scientists.”

“With the unparalleled global reach of the National Geographic brand and the power of FOX, we’re taking Breakthrough Prize to the widest possible audience,” added Don Mischer, executive producer. “With Seth hosting, we look to have fun celebrating the world’s foremost leaders in physics, life sciences and mathematics in hopes of inspiring a new generation of disruptors.”

To date, Breakthrough Prize has awarded over $160 million in total. A full list of past honorees can be found at the following links:

Past honorees in physics: https://breakthroughprize.org/Laureates/1

Past honorees in life sciences: https://breakthroughprize.org/Laureates/2

Past honorees in mathematics: https://breakthroughprize.org/Laureates/3

Additional information on the Breakthrough Prizes is available at www.breakthroughprize.org.