Starz has acquired nine documentaries chronicling everything from Hollywood’s secret history to the predatory for-profit college industry; from the beauty and tragedy of Congo to the ‘sexy subculture of the neo-burlesque scene in New York City.’

Slate Also Features Gender Bias Doc “Half the Picture;”
All Films Will Be Available on STARZ, the STARZ App
and STARZ ON DEMAND

Santa Monica, Calif. – August 16, 2018 – Starz, a Lionsgate company (NYSE: LGF.A, LGF.B), today announced the recent acquisition of nine documentaries, including Matt Tyrnauer’s scandalous and controversial documentary Scotty and the Secret History of Hollywood, which will premiere on STARZ in early 2019.
Scotty and the Secret History of Hollywood is the deliciously scandalous story of Scotty Bowers, a handsome ex-Marine who landed in Hollywood after the Second World War and became confidant, aide-de-camp and lover to many of Hollywood’s greatest male – and female – stars. An unsung Hollywood legend, Bowers would cater to the sexual appetites of celebrities – straight, gay and omnivorous — for decades. In 2012, he finally spilled his secrets in the bestselling memoir Full Service, which revealed a dramatic counter-narrative about Hollywood’s Golden Age. 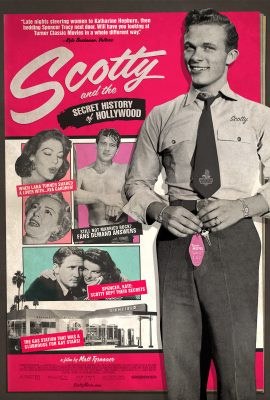 In addition to Scotty and the Secret History of Hollywood, poignant and intriguing documentaries slated to air on STARZ this fall and early 2019 include Fail State, executive produced by news legend Dan Rather, which investigates the dark side of American higher education; Half the Picture, about gender bias in Hollywood as told by leading female film directors; This is Congo, an unflinching look into Africa’s longest continuing conflict; and Always at the Carlyle, which reveals the untold stories of Manhattan’s 87-year-old legendary hotel.

The documentaries will be available for download or streaming via the STARZ app which offers subscribers access to more than 7,000 selections including STARZ Originals “Power,” “Outlander,” “Vida,” among others; movies and television series.

“In a continued effort to bring an immersive experience to our viewers, these groundbreaking documentaries cover a wide range of the human experience and will certainly entertain and enlighten our audience this fall,” said C. Brett Marottoli, Head of Program Acquisitions for Starz.

Premiere date details and descriptions are below:

Rebels on Pointe – August 20, 2018
Rebels on Pointe is the first-ever cinéma vérité documentary film celebrating Les Ballets Trockadero de Monte Carlo — the all-male, drag ballet company founded over 40 years ago on the heels of New York’s Stonewall riots. Highlighted by amazing performances shot around the world, Rebels on Pointe ultimately celebrates our shared humanity through universal themes of identity, dreams, family, love, loss, determination and resilience. It proves that a ballerina is not merely a woman dancing, but an act of revolution in a tutu. 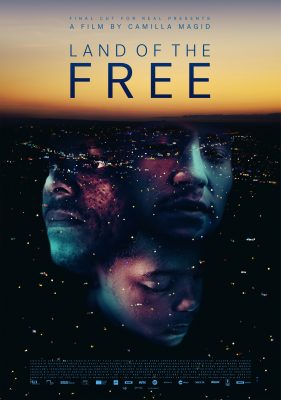 Land of the Free – September 10, 2018
Set in South Central Los Angeles, Land of the Free follows the lives of three individuals who have been impacted by a prison system that focuses on punishment rather than prevention and rehabilitation. All three characters have been deeply damaged by their experiences and are now living in a state of isolation, attempting to start over again. The director’s compassionate observation of the human condition results in a moving and intimate portrait as three lives seemingly merge into one life story in a society where help is scarce and one has to rely on one’s own resources to get by.

Getting Naked: A Burlesque Story – October 8, 2018
Getting Naked: A Burlesque Story peels back the curtain to reveal the sexy subculture of the neo-burlesque scene in New York City. This verité documentary intimately follows four performers, each of whom has discovered a new identity and a sense of belonging. However, they find that all that glitters is not necessarily gold because this liberating community does not insulate them from the harsh realities of sexism, illness and existential crisis. Getting Naked explores what it means to be an artist, an entertainer and a woman in the toughest city on Earth. 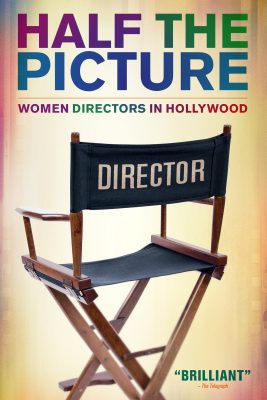 Half the Picture – October 22, 2018
Gender inequality in Hollywood is the subject of this 2018 Sundance Film Festival World Premiere. Featuring interviews with high-profile women directors including Ava DuVernay (Selma), Lena Dunham (“Girls”), Catherine Hardwicke (Twilight) and Jill Soloway (“Transparent”), the documentary explores the sacrifices women have made to get a seat at the table. ACLU’s Melissa Goodman, Sundance Institute’s Caroline Libresco, Vanity Fair’s Rebecca Keegan, USC’s Dr. Stacy Smith and San Diego State University’s Dr. Martha Lauzen establish the magnitude of this employment discrimination issue as women are shut out — across the board — of an industry that systemically denies them their expression and point of view. 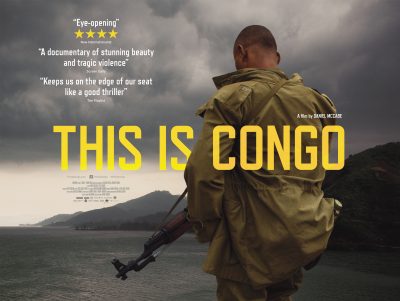 This Is Congo – November 5, 2018
In this Venice Film Festival world premiere, Ivoirian actor Isaach De Bankolé lends his voice to a cinematic gem that provides an immersive and unfiltered look into Africa’s longest continuing conflict. By following four compelling characters — a whistleblower, a patriotic military commander, a mineral dealer and a displaced tailor — the film offers viewers a truly Congolese perspective on the problems that plague this lushly beautiful nation and those who are surviving within it.

Ferrari: Race to Immortality – November 19, 2018
Ferrari: Race to Immortality tells the story of the loves, losses, triumphs and tragedies of Ferrari’s most decorated drivers in an era when it was la dolce vita during the week and a coin toss of whether they lived or died on the weekend. Italian racing driver Enzo Ferrari formed the team in the golden years of motor racing, pushing the young drivers to their very limit in order to achieve success.

Always at The Carlyle – December 3, 2018
While the walls at The Carlyle don’t talk, they definitely whisper. Matthew Miele’s Always at The Carlyle brings to life the untold stories of this legendary hotel as heard from the mouths of its own employees, as well as top clientele including George Clooney, Anjelica Huston, Tommy Lee Jones, Vera Wang, Anthony Bourdain, Roger Federer, Wes Anderson, Sofia Coppola, Jon Hamm, Lenny Kravitz, Naomi Campbell and Elaine Stritch.

Fail State – December 17, 2018
Executive produced by news legend Dan Rather, Fail State investigates the dark side of American higher education, chronicling decades of policy decisions in Washington, DC that have given rise to a powerful and highly predatory for-profit college industry. With echoes of the subprime mortgage crisis, the film lays bare how for-profit colleges exploited millions of low-income and minority students, leaving them drowning in student loan debt with worthless degrees.