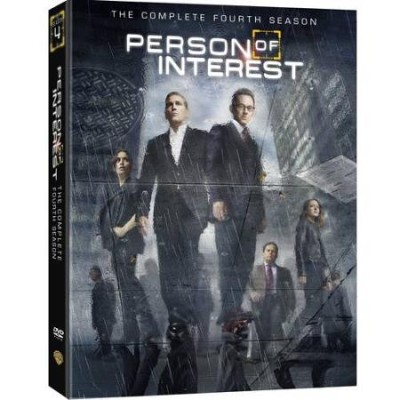 When Edward Snowden blew the whistle on the NSA’s illegal tapping into virtually everything, fans of Person of Interest could ask, ‘so, how is our favorite show science fiction, then?’ We were probably not as surprised and amazed as most people – what was surprising was how little Snowden’s revelations seemed to matter.

The reaction of the creators of POI was to take things further – from universal surveillance by a single AI (which was still a bit ahead of the NSA) to two AIs being utilized by opposing forces. Then, just to make things interesting (as if they weren’t already), they gave Team Machine a handicap by having Team Samaritan learn who most of them were – forcing the Finch (Michael Emerson), Reese (Jim Caviezel), Root (Amy Acker) and Shaw (Sarah Shahi) to give up their base of operations and funding. Lucky Fusco (Kevin Chapman) somehow, emerged unscathed – and unknown to Samaritan.

Season Four opened with Shaw and Root working in a department store (Shaw as a cosmetician/sales clerk!) and Finch having set up shop in a command center of last resort in an abandoned subway station – in an actual subway car. Reese was now a detective in NYPD’s homicide division – partnered with Fusco. We also met Cara Buono’s Martine Roussaeu – a new recurring character who quickly became the one everyone wanted to see die.

While the ongoing chess match/war between Team Machine and Team Samaritan was developing, another war was coming into focus – the Brotherhood, led by the ambitious Dominic (Winston Duke) was making its move to take over organized crime in New York City, pushing out the established organization run by Elias (Enrico Colantoni).

Another thread found Control (Camryn Manheim) twigging to the possibility (after much effort on the part of Finch) that Greer (John Nolan) and Team Samaritan might not have America’s best interests at heart – and investigating him/them on the sly.

Of course, Team Machine was further handicapped by having to maintain their original mission: to determine if random Numbers generated by The Machine were about become perpetrators or victims of major crimes and foil them/save them.

Most of the Numbers were discreet individuals (like Andre Cooper, a professional wingman who helps single guys find potentially serious female companionship), or involved in the ongoing conflict between The Machine and Samaritan (like Claire Mahoney, a college student involved in a sort of super scavenger hunt that was something else entirely).

As always, on POI, the longer the season went on, the more we learned about all of these threads – with a surprising revelation in regard to Root’s playful flirting with Shaw at exactly the wrong moment (The Cold War). Another episode (Terra Incognita) dealt with some of Reese’s unresolved issues – his refusal to let others in on any level putting his life in danger. We even learn more about Finch – especially during the aftermath of the bombing that killed his friend and collaborator, Nate (Brett Cullen).

In one of my personal favorite eps, Guilty, Finch is summoned for jury duty and finds himself in a kangaroo court of a different color entirely. The season finale, YHWH, finds Finch and Root racing to save The Machine from a concerted attack by Samaritan – while Reese and Fusco are tied up by the impending resolution of the war between The Brotherhood and Elias.

As each succeeding season progresses, Person of Interest gets more and more complex. It deals with multiple ongoing plot arcs and a myriad of characters without ever feeling either overstuffed or insufficient. If there seems to be a loose end, it’s probably a thread that, when pulled on, becomes another layer of the story.

For a network show with 22 episodes a season, Person of Interest turns out remarkably few duds – in fact, when I rescreened the season for this review, none of the eps felt like a letdown (though some might have felt that way when they originally aired – sometimes the pieces of the puzzle are not always recognized until several eps down the road).

Season four of Person of Interest takes a giant leaps in terms of its technologically speculative aspects while carefully developing its characters in smaller, but no less important, ways. It might be the show’s strongest season yet.

Unfortunately, the quality of the show is undermined by the lack of genuinely insightful extra features – the best of which is a look at Ramin Djiwadi’s work as composer/music supervisor. The 2014 Comic-Con panel is fun if only to watch the cast and executive producers tap dance around actually revealing anything substantive – Michael Emerson comes off as the most articulate and thoughtful here. The only other bonus feature is a three-minute gag reel – about half of which is genuinely funny; the rest of which is kinda boring. There are no commentary tracks.

Altogether, the bonus material runs just under an hour.

Grade: Person of Interest: The Complete Fourth Season – A