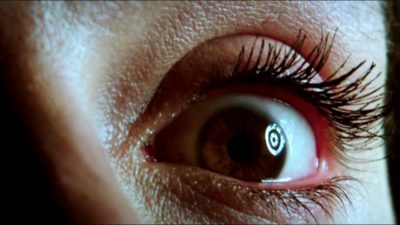 Person of Interest (CBS, Mondays and Tuesdays, 10/9C) has taken us through rebuilding The Machine and Her problems with facial recognition and time and now, we get to see Sameen Shaw for the first time since she sacrificed herself so that the rest of the team could escape certain death.

As the blurb for the May 16th episode, 6,741, reads, ‘Shaw escapes her captors, but the team is unsure of her mental state when she begins to act paranoid and reckless.’

That is, as they say, the understatement of the year.

So, where has Shaw (Sarah Shahi) been for the last nine months? Undergoing metal and emotional torture and getting implanted with a microchip that is, according to Samaritan’s Primary, John Greer (John Nolan), considerably more complex than the one a co-worker had implanted in his dog.

After a carefully planned tantrum, Shaw is able to use a shard of broken mirror to get herself free – killing a few Samaritan operatives along the way.

A ruse about an in-progress homicide brings her together with Root (Amy Acker) and, after getting aid from John (Jim Caviezel) and Finch (Michael Emerson), their reunion calls to mind the title of a Pat Benatar song – Love is a Battlefield (which, mercifully, they did not use as accompanying music). 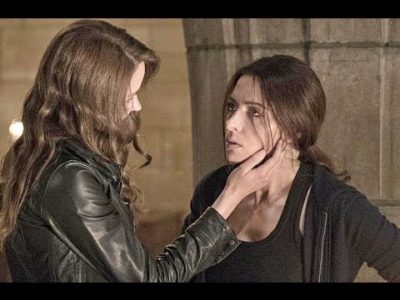 As 6,741 progresses, though, Shaw’s behavior gets more and more paranoid and the others begin to wonder is, yes, she has been turned by Samaritan.

Adding to the general paranoia of the ep, every AI search is from Samaritan’s point of view (which is how we learn that Greer is the AI’s Primary). Another nice touch is the way that, in the background shadows after key moments, there are indistinct figures apparently looking on.

6,741 is completely Shaw-centric – Shahi is in almost every scene, and she delivers a performance that tells us more about the character than her previous two full seasons. Especially impactful is her professed ‘safe place’ – where she goes in her mind when she’s being tortured.

In keeping with POI’s themes of identity, family and humanity vs. AI, 6,741 shows us who Shaw is in the most appropriate manner possible. Ms. Shahi should probably submit this episode for Emmy Award consideration.

In 6,741, writers Lucas O’Connor & Denise The and director Chris Fisher have given us one of the show’s best episodes – and set up all kinds of possibilities for the rest of the show’s final season.