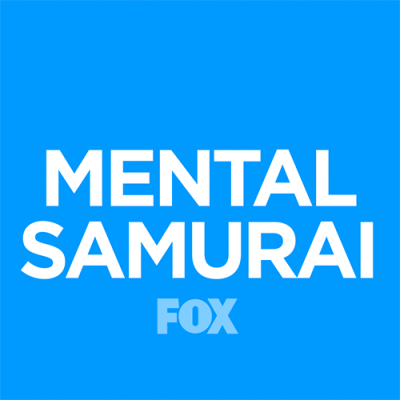 FOX has ordered Mental Samurai, a thrilling new competition series that pushes every aspect of human intelligence and mental agility.

Hosted and produced by Rob Lowe, the show is the first-ever obstacle course…for the mind.

Mental Samurai will premiere during the 2018-19 season.

FOX has ordered MENTAL SAMURAI, a thrilling new competition series that pushes every aspect of human intelligence and mental agility. Hosted and produced by Rob Lowe, the show is the first-ever obstacle course…for the mind. MENTAL SAMURAI is produced by Warner Horizon Unscripted & Alternative Television (“Ellen’s Game of Games,” “The Voice”) and Arthur Smith’s A. Smith & Co. Productions (HELL’S KITCHEN, “American Ninja Warrior,” “The Titan Games”), and is scheduled to premiere during the 2018-2019 season on FOX.

“When I was 15, I won big on ‘The $10,000 Pyramid,’” said Lowe. “I’ve loved mental competition shows ever since. For me, MENTAL SAMURAI is addicting. Every time you play, you think: THIS time I’m gonna win! But this very simple game is almost impossible to crack. Also, as a producer, I’m excited to get into this new arena.”

“Mike Darnell and Arthur Smith are two of the most innovative and creative minds in unscripted television whose collaborations have been responsible for so many attention-grabbing FOX hits,” said Rob Wade, president, Alternative Entertainment and Specials, Fox Broadcasting Company. “Along with our incredibly entertaining host, Rob Lowe, they are the ideal partners for this one-of-a kind high-velocity competition series that takes the game show genre to the next level.”

“Rob Lowe is the real deal. We’re incredibly lucky to have someone so committed to quality, and who brings an unparalleled zeal to each of his projects,” said Mike Darnell, President, Warner Bros. Unscripted & Alternative Television. “He’s the perfect partner for this new series that is a literal thrill ride for your brain.”

“Never before has such an accessible game been so challenging,” added Arthur Smith, CEO of A. Smith & Co. Productions. “Everyone can play, however very few can win, and with Rob Lowe’s wit, warmth and encouraging spirit, the show’s first generation of Mental Samurai will have the experience of their lives.”

Each episode of MENTAL SAMURAI is an epic television event, as contestants battle the boundaries of their minds to answer questions accurately with speed and precision. Not only does the course test their acumen in categories of knowledge, memory, numbers and sequencing, but players will also have to contend with being transported around the set at high speeds in a specially designed capsule that is capable of rotating 360 degrees. In MENTAL SAMURAI, people from all walks of life will compete, new stars will emerge, underdogs will triumph and egos will be shattered in the ultimate display of skill, focus and stamina.

About Rob Lowe
Rob Lowe’s iconic career spans four decades in film, television and theater. He also is an acclaimed author. Lowe has been nominated for two Emmy Awards, six Golden Globes and four Screen Actors Guild Awards, the latter of which he won two. He has starred in the ’80s classics “St. Elmo’s Fire,” “About Last Night” and “The Outsiders,” as well as television classics, such as “The West Wing” and “Parks and Recreation.” Lowe’s incredibly diverse career also includes scene-stealing work in the cable film “Behind the Candelabra,” the “Austin Powers” movie franchise and feature comedy “Tommy Boy.” His two memoirs, “Stories I Only Tell My Friends” and “Love Life,” are both New York Times Best Sellers. Lowe most recently wrapped Season Three of the network medical drama “Code Black” and is currently starring in and directing a remake of the four-time Academy Award-nominated film “The Bad Seed.”