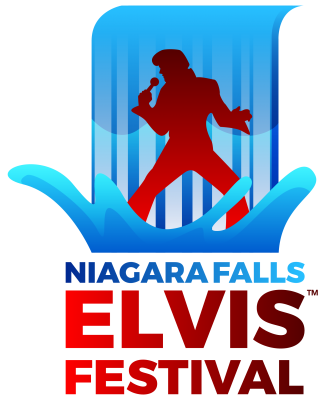 The festival will also feature The Story of Elvis – is an incredible show to celebrate Elvis’ musical career; Killer and the King is a celebration of Rock and Roll with songs by Elvis and Jerry Lee Lewis, and the Memphis Gospel Hour – featuring gospel songs performed by Elvis.

Niagara Falls, ON, January 26th, 2017 – Elvis fans from around the world are invited to the first annual Niagara Falls Elvis Festival for three days of live music events honouring the life, music and fans of the King of Rock and Roll

Hosted by the Greg Frewin Theatre on May 19-21, 2017, the Festival is a premier event celebrating the music and legacy of Elvis Presley unlike any this city has ever seen.

The all-star festival line up will feature many great Elvis-themed shows. Friday’s “The Story of Elvis” is an incredible show to celebrate Elvis’ musical career. Saturday’s “Killer and the King” is a celebration of Rock and Roll with songs by Elvis and Jerry Lee Lewis. Sunday’s “Memphis Gospel Hour” is a live, unplugged, acoustic event featuring four Award Winning Internationally acclaimed tribute artists singing and playing their favourite Gospel songs as recorded by Elvis, Johnny Cash and Jerry Lee Lewis.

The Elvis Tribute Artist contest will feature some of the best ETAs in the world and panel of judges with deep experience in the music and entertainment industry and Elvis Tribute competitions.

Tickets to the Friday and Saturday night shows include an after-hours party in the theatre lobby featuring live music from The Hired Hitmen.

The full festival schedule, details of all showcase acts and ticket packages are available on the official web site: https://niagarafallselvisfestival.com

ARB Productions has produced and brokered nostalgia stage shows featuring legendary performers and tribute acts for more than 24 years and has also acted as an agent for many of these great performers.

The Greg Frewin Theatre remains one of Niagara Falls’ greatest attractions and is the perfect for any visitor to Niagara Falls with seating for over 600 in a Las Vegas style setting and offering a delicious buffet dinner.  Greg Frewin, International Grand Champion of Magic has won every major award offered within the magic community. He has performed all over the world, from Japan to Monte Carl and has a wealth of experience performing, promoting and producing shows.