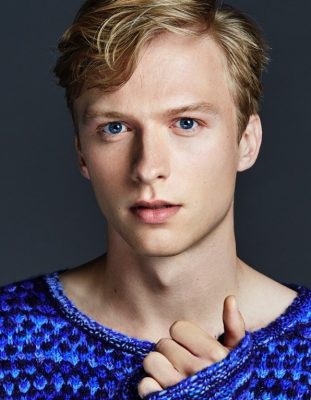 Will Tudor (Game of Thrones, Humans) has been cast as Sebastian on Freeform’s epic fantasy series Shadowhunters (Mondays, 8/7C).

Sebastian is noted for being charming and brilliant and having unrivaled fighting abilities.

Tudor will recur as Sebastian during the second half of Shadowhunters’ current season.

‘SHADOWHUNTERS’ ANNOUNCES THE HIGHLY ANTICIPATED CASTING OF WILL TUDOR AS SEBASTIAN

Internet rumors have been circling for months on who would play the role of Sebastian in the Freeform original series “Shadowhunters” and it was announced today that actor Will Tudor (“Game of Thrones”) has been cast in the role. Tudor will be a recurring guest star in the later half of the second season slated to air later in 2017. All-new episodes of “Shadowhunters” air on MONDAYS at 8:00 – 9:00 p.m. EST.

Sebastian is a charming, brilliant and highly educated Shadowhunter with unrivaled fighting abilities. Originally from a foreign Institute, he finds his way to the New York Institute after befriending one of the show’s main characters.

Based on the bestselling young adult fantasy book series “The Mortal Instruments” by Cassandra Clare, “Shadowhunters” follows Clary Fray, who finds out on her birthday that she is not who she thinks she is, but rather comes from a long line of Shadowhunters – human-angel hybrids who hunt down demons. Now thrown into the world of living among faeries, warlocks, vampires, werewolves and demon hunting, Clary must rely on Shadowhunters Jace, Isabelle and Alec to navigate this new dark world with her best friend, Simon, in tow.

Nothing is as it seems, including her close family friend Luke, who turned out to be a werewolf, as well as the enigmatic warlock Magnus Bane, who has surprisingly become an ally in the search for Clary’s past.