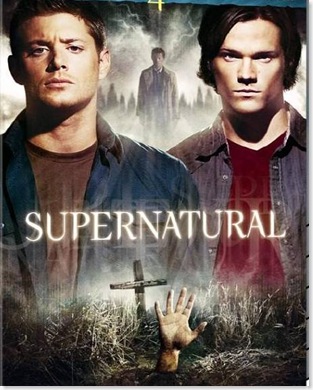 So it seems that the only Scream(ing) that Jared Padalecki and Jensen Ackles have awaiting for them in their future are those of the fangirls and fanguys who will be attending the Vancouver Creation Salute to Supernatural convention taking place the weekend of August 28-30, 2009 in Vancouver, B.C.

Supernatural, the hit CW/WB television series about two brothers named Sam and Dean Winchester who battle monsters, ghosts and demons went into production for its fifth season on July 2, 2009 with season five to begin airing on the CW on September 10th in its Thursday nights at 9PM timeslot.

There is still no production date available for Scream 4 but word is that Neve Campbell has declined to return in her role as Sydney Prescott.