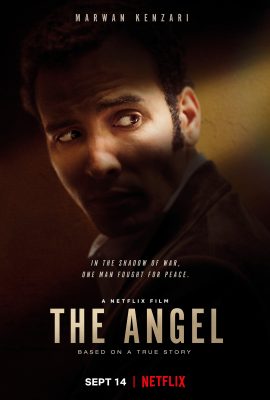 The Angel is the true story of Ashraf Marwan, who was Egyptian President Nasser’s son-in-law, and special advisor and confidant to his successor Anwar Sadat, while simultaneously one of Israeli Intelligence’s most precious assets of the 20th century.

The Angel will premiere globally on Netflix on September 14, 2018.

From The Iceman director Ariel Vromen, spy thriller THE ANGEL launches on September 14, 2018.

The Angel stars Marwan Kenzari (The Promise), Toby Kebbell (War for the Planet of the Apes) and Hannah Ware (Aftermath). The film is directed by Ariel Vromen (The Iceman) from a script by David Arata (Children of Men). THE ANGEL is produced by Simon Istolainen, Zafrir Kochanovsky, and Antoine Stioui.

The Angel will premiere globally on Netflix on September 14, 2018.