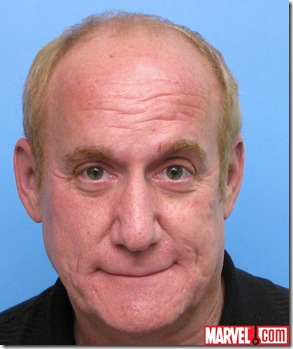 A television veteran, with stints as writer and producer on TV series like Smallville and Lost, among others, and a wealth of experience in comics, Mr. Loeb was a natural choice for the position. Long time comics fans will know his work on Marvel titles like Iron Man, Captain America, Hulk, Daredevil, Spider-Man, and The X-Men, as well as such DC titles as Batman: The Long Halloween, Challengers of the Unknown [Volume 2], Superman/Batman and Catwoman: When in Rome.

Mr. Loeb has been nominated six time times for the Eisner Awards [comics’ equivalent of the Oscars®], winning four.