Entertainment News for The Rest of Us
Sheldon Wiebe
Hollywood Insider 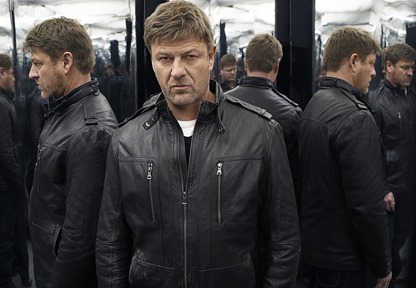 The first episode of TNT’s Legends introduced us to Martin Odum, a star when it comes to building cover identities, or legends, for undercover operations. Then it hit us with a twist: a mysterious guy in a hoody told Odum that Martin Odum didn’t exist – Odum is a legend!

Recently Tiffany D’Emidio and I took part in a conference call Q&A with Legends’ star, Sean Bean. He talked about how he helped develop the character with series creator Howard Gordon – and what we might expect as we follow the show.

Sean, good morning. Thanks for doing this.

As an actor your job is essentially to pretend to be other characters and as an undercover specialist, Martin Odum’s job, while being for significantly higher stakes, is pretty much the same. But Martin also has a bit of an identity crisis and I was just wondering with all these layers from your job, his job and the revelations of the first two episodes of the show…

How did you approach playing him? And was there a key piece of the puzzle that put him into complete focus for you?

Bean: Yes the – I guess I would explain the premise of it. I talked to Howard Gordon who developed it and he kind of put me in the picture as to what it was all about. We didn’t have any script at that time, it was an idea. But I thought it was a very good idea and a very exciting one to have the opportunity to play kind of multiple personas.

And in terms of achieving that I guess I thought of Martin Odum as the anchor and the kind of ((inaudible)) and his characters are legends kind of branched off around that.

So he took a piece of himself you know into every part and I think that was the idea and that was the key to keeping him believable is to take some kind of part of his personality into each character whether that be he’s human or his drive or his charisma you know he’s kind of the (steal) capacity. I try to instill that into each character so that they would be believable and I’d believe it myself I guess.

So that was the key for me and it was kind of started from scratch and it was just wonderful to have an opportunity to actually create someone that mannerisms and idiosyncrasies and you know various character traits. That was particularly exciting for me and you know very much part of the attraction to doing it.

I was wondering if you added anything to this role that wasn’t originally scripted for you.

Bean: I think I was – I gather I was first choice so – but and I’ve discussed it with Howard Gordon and at the time it was just an idea and a very good idea as it happens and something that kind of fascinated me and excited me.

And Howard Gordon’s passion and enthusiasm was infectious and it was great to work with someone such as him who’s done 24 and Homeland and various other you know projects that have very good material to work with. So I kind of made it my own from the very start I guess. 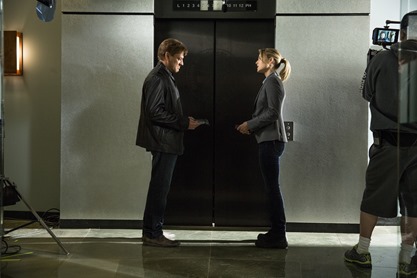 Without spoiling the plot obviously, can you talk about like what’s been your favorite legend character to play thus far?

Bean: Yes, I guess the – I guess one of my favorites, perhaps the favorite, was the original character that was first created and that was Lincoln Dittman and he was a kind of stumbling big geeky guy, kind of victim complex so just kind of wants to latch on with other people.

Then I’m one of these kids at school you know and the big kids, the big guys and the grownups and the people just above their class. And just to give them a kind of sense of you know importance.

And he was like that but really he was kind of penetrating the hearts of the organization and ripping it out, ripping it to pieces. So he kind of – it was a good front, it was a good legend to use for this particular occasion with the ((inaudible)).

Operator: And our next question comes from Jorge Solis MStars – please go ahead your line is open.

I was just wondering, not only do you have to like physically alter yourself for each character; you have to find the voice for each of them. Tell me about the challenges about – that went on creating each persona especially on a tight TV schedule.

Bean: Yes I guess where I start – where I try and start is finding – getting inside the man’s head and trying to work from the inside out and then putting on the costume and various other effects. But it is very much about finding a voice, finding out what makes the guy tick, getting into his psyche and making it your own.

So I start off with I didn’t want to make any big obvious changes like wearing a wig or mustache and stuff like that. I wanted to make them more subtle and more kind of physiological rather than physical even though they did have their own particular physical attributes.

Your character, Martin, whose legends kind of become his personality and do you see them as individual people or do you play them more as just one man with more of like a separate personality?

Bean: Yes I kind of think of Martin Odum, the main guy, as a kind of anchor that the anchor and I kind of branch off with that with the various personas of characters or legends. And they’re all very different but they all have a piece of Martin in there because you’ve got to have some kind of truth to hang onto.

And – but then it’s a matter of kind of giving life to the characters and getting inside their head and seeing what makes them tick – getting into their psyche and giving them their own physical attributes as well. And so I treat everyone very differently but the one big kind of dramatic change is through a more subtle I would like to believe. 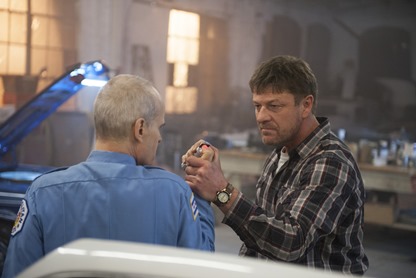 You talked a lot about the many deaths of your characters and you said your favorite one was Lord of the Rings. But I’m curious which death scene was the most memorable scene to shoot?

Bean: Game of Thrones was a very memorable scene to shoot. I guess it wasn’t quite as physical as Boromir’s death in Lord of the Rings but it was quite a ghastly moment, shocking. And just for the sheer betrayal.

You have this one man that was a moral compass who was a good man and his demise was I think solely lost because he was surrounded by corrupt people, he was in a pit of snakes and I think he’s – I think you know I’m very flattered by the fact that people you know as I’ve gone you know it’s quite a compliment really.

But I guess psychology that was a very dramatic moment for me when Eddard was beheaded and Prince Joffrey reneged on his earlier promises. And I think that was what made it particularly shocking and moving.

I was wondering with such an interesting premise what was in your opinion kind of sets Legends apart from similar dramas that are out there?

And that’s how I kind of thought of them as very different people but not too dissimilar to myself or Martin Odum who I play. So I guess I was playing someone who plays someone else who plays someone else. And to me there’s a kind of psychological aspect of that and the way that is portrayed on screen is what kind of distinguishes between the other dramas for instance.

I was wondering if you could tell us, you’re not a part of social media, but it plays such a big role these days in promotion of television shows.

Are you considering it possibly in order to help promote the show?

Bean: Yes I mean I’m not that familiar with these things and you know I’m not very well educated in computers or the internet, not vastly educated anyway.

And memes and sound bites and hashtag oh my gosh I’m amused by all of them, been quite fascinated and obviously plays a major part in promoting productions such as Legends these days. So I’m quite happy to go with that and ((inaudible)) to do it.

We saw the promotion of don’t kill Sean Bean that’s been going around lately. I’m hoping that you’ll survive at least through this season if not through various seasons in the future.

Have you actually seen your death reel that’s been going around?

Bean: Yes I saw it a few months ago. My kids said you should watch this dad and I thought what is it you know I’d heard about it but I was kind of ((inaudible)) and successfully done. So yes I was kind of quite flattered by it in all honesty.

Photos by Richard Foreman and Justin Stephens/Courtesy of TNT