What You Need to Know: If you love cozy mysteries of the type popularized by Agatha Christie, then you will love Knives Out.

The morning after his 85th birthday dinner, best-selling author and patriarch of the Thrombey clan, Harlan Thrombey (Christopher Plummer, Remember, All the Money in the World), dead – apparently by suicide. 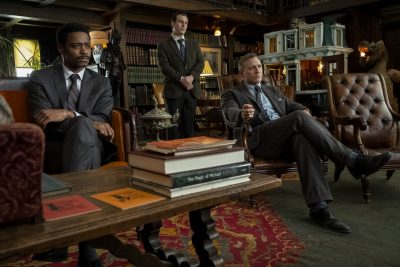 The police – Lieutenant Elliott (LaKeith Stanfield, Atlanta, Death Note) and Trooper Wagner (Noah Segan) – are questioning everyone but seem convinced this is as open and shut as it gets.

Enter Benoit Blanc (Daniel Craig, Logan Lucky, The Girl with the Dragon Tattoo) – a laid back fellow with a lazy southern drawl in a tweed suit.

Blanc has reason to suspect foul play – and he has plenty to work with. The only person who seems entirely unlikely to have done the deed is Harlan’s nurse, Marta Cabrera (War dogs, Blade Runner 2049) – a young woman who is both a genuinely decent human being and seriously indisposed by the thought of lying. 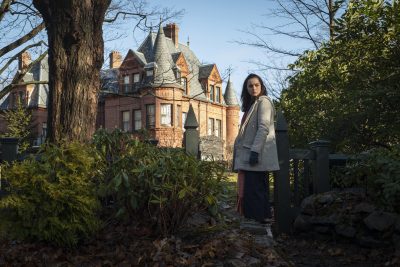 However, with almost an entire family of suspects (Katherine Langford’s Meg is pretty much the only other Thrombey who seems unlikely) Blanc’s work is cut out for him.

It doesn’t hurt that it seems that everyone in the family had reason to kill Harlan – even before a major revelation that turns everything we’ve seen to that point on its head. 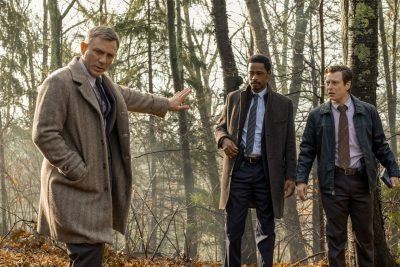 Johnson (who also wrote the script) directs with panache – he knows when to let the camera sit and watch the characters expose their true selves and when to pan, zoom or cut to provide moments of explosive revelation or quiet contemplation.

Throughout, Johnson keeps things moving at enough of a pace that we might miss any continuity errors, but insofar as the story goes, I certainly didn’t see any while watching – nor the rest of the day afterword.

In short, Johnson seems to have created a perfect cozy mystery while he was busy satirising the genre.