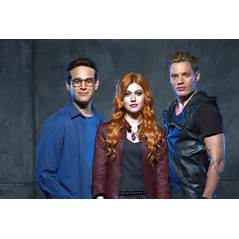 Who ever thought turning eighteen meant everything you ever knew is not as it seems? Clary Fray (Katherine McNamara) was just another teenager until she blew out her candles.  Then her mom Jocelyn Fray (Maxim Roy) is kidnapped by The Circle, a group of shadowhunters gone bad, and the search is on to rescue her mom.  Befriended by another band of Shadowhunters, along with mysterious Shadowhunter Jace Wayland (Dominic Sherwood) and her geeky best friend Simon Lewis (Alberto Rosende), Clary discovers powers she never knew she had.  And that may be the only way she could save her mom. As we take a walk back in time, the talented actors Katherine Namara, Dominic Sherwood, and Alberto Rosende  joined me during the recent Freeform launch to talk about “Shadowhunters: The Mortal Instruments“! 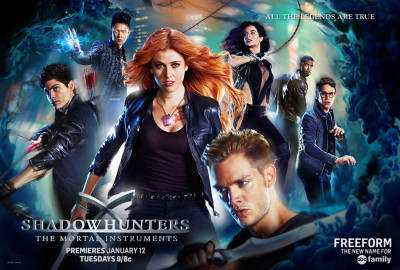 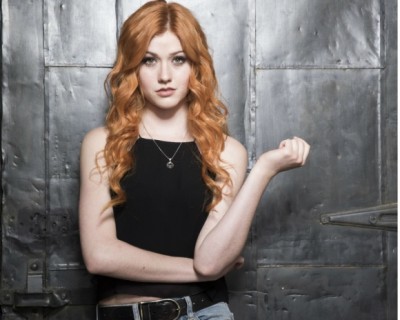 Katherine McNamara started her acting career on Broadway at the age of 13 in A Little Night Music, starring opposite Catherine Zeta-Jones and Angela Lansbury.  She went on to perform in numerous Equity theatre productions.  She is no stranger to Freeform, with appearances in “The Fosters”, “Kickin’ It”, and “Jessie”.  Other TV credits include “Law and Order: SVU”, “Drop Dead Diva”, and “30 Rock” to name a few.  She made her silver screen debut in New Year’s Eve, followed by several other movies such as Tom Sawyer And Huckleberry Finn and Maze Runner: The Scorch Trials.  She is also dedicated to education, having graduated with honors from high school at 14, and earning her bachelor’s degree summa cum laude by the age of 17!  She currently portrays Clary in “Shadowhunters”. 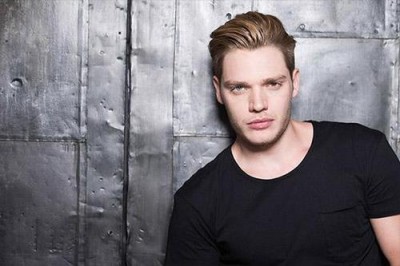 Dominic Sherwood is an English actor, model, and musician who started out playing in a band in 2008 before moving on to plays in London.  His first recurring role was in 2010 in the third season of the series “The Cut” as Jack Simmons. He also hit the silver screen in such film roles as a young Mick Jagger in Not Fade Away, Christian Ozera in Vampire Academy along with the upcoming movies Take Down and The Other.  He made an appearance in Taylor Swift’s music video “Style” last year.  He currently portrays Jace in “Shadowhunters”. 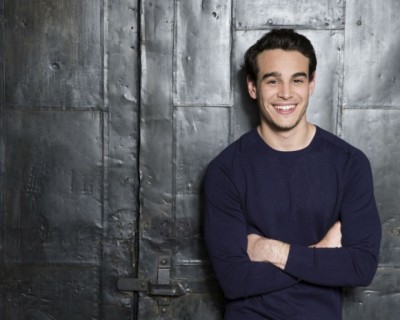 Alberto Rosende is a South Florida native who got his start acting in children’s theatre and went on to perform in numerous plays.  He graduated from NYU Tisch School Of The Arts in 2015. His television credits include “Blue Bloods”, “Law and Order: SVU”.  He currently portrays Simon in “Shadowhunters”.

Katherine McNamara discusses her thoughts on the rebranding of ABC Family to Freeform TV, the story behind “Shadowhunters”, and the positive impact of having strong female character on this show. Don’t miss this interview!

Alberto Rosende and Dominic Sherwood talk about the characters in “Shadowhunters”, how the tv series closely mirrors the book series, and pancakes.  Actress Emeraude Toubia who plays sexy shadowhunter Isabelle Lightwood  makes a brief cameo during the interview.  Check it out!

“Things are going to change”. Those are the words of Clary’s mother before she disappeared.  And boy were there changes in store for this fiery heroine!  From tattooed sword wielding demon hunters aka shadowhunters to the shapeshifting demons themselves, a whole new world has opened to Clary.  Not to mention, who do you trust when the very family friends you’ve always known threaten to betray you? This is not “another teen vampire show”.  Nor is it a “another teen witch show”.  It is unique entity on itself.

It’s several stories within a story. It’s a daughter’s love wiling to sacrifice anything to save her mother.  It’s a friend’s loyalty to protect his best friend (and secret crush) despite being the only mundane aka human among the “not-to-be-trusted” shadowhunters. It’s a shadowhunter who’s never been in love who’s suppressing his feelings for a girl he’s sworn to protect. It’s a group of powerful warriors who live to preserve the human race. So if you think things aren’t as they seem, they probably aren’t. Yes, all the legends are true. I personally enjoyed the show and can’t wait for the next episode!

Catch “Shadowhunters: The Mortal Instruments” every Tuesday night at 9/8c on Freeform! 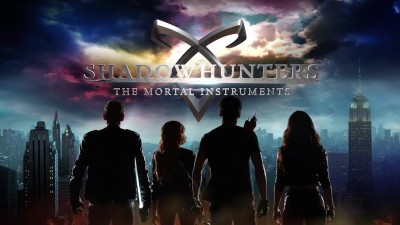