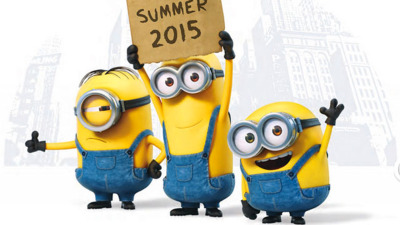 When I first heard that the lovable Minions from the Despicable Me movies were getting their own movie, I was dubious. Now that there is a trailer for Minions, I can see its potential.

Prepare to meet Kevin, Stuart and Bob – and learn the amazing history of the Minions by checking out the trailer following the jump. Minions will be in theaters July 10, 2015.

Meet Stuart, Kevin and Bob as they embark on a journey for their new master in the Official Trailer for Minions. In Theaters July 10, 2015