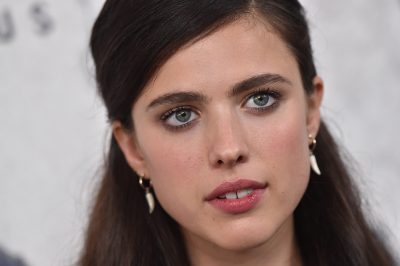 Margaret Qualley and Norbert Leo Butz have signed on as regulars for the FX limited series Fosse/Verdon.

They will play Ann Reinking and Paddy Chayefsky – in the series about the romantic and professional relationship between Bob Fosse (Sam Rockwell) and Gwen Verdon (Michelle Williams).

Fosse/Verdon is slated to premiere in Spring 2019.

“Fosse/Verdon” Revealed as Official Title of the Series

Based on Fosse, the biography written by Sam Wasson, this eight-part limited series tells the story of the singular romantic and creative partnership between Bob Fosse and Gwen Verdon. He was a visionary filmmaker and one of theater’s most influential choreographers and directors. She was the greatest Broadway dancer of all time. Together they changed the face of American entertainment – at a perilous cost. Featuring Fosse’s choreography, the series explores the hidden corners of show business, the price of pursuing greatness, and the suffering inflicted in the name of art.

Kail, Levenson, Miranda, Fields, Rockwell, Williams and George Stelzner are Executive Producers of the limited series that is produced by Fox 21 Television Studios and FX Productions.? Levenson, who will serve as showrunner, wrote the premiere episode which will be directed by Kail. Actress, dancer and producer Nicole Fosse, and daughter of Fosse and Verdon, serves as Co-Executive Producer and oversees The Verdon Fosse Legacy. Co-Producer Andy Blankenbuehler is serving as a Choreographer, as is Susan Misner. Erica Kay serves as Producer.

NORBERT LEO BUTZ
Norbert Leo Butz is a multi-award winning actor whose talents span across television, film and theater. Butz is currently starring on Broadway in My Fair Lady and recently starred in the critically-acclaimed Netflix series Bloodline. He also starred in Mercy Street (PBS) and had starring roles in the series The Deep End (ABC) and the miniseries Comanche Moon (CBS) as well as the pilots The Miraculous Year (HBO) and Playing Chicken (FOX). The extremely versatile Butz won his first Tony Award for his performance as “Freddy Benson” in the Broadway production of Dirty Rotten Scoundrels. He garnered his second Tony Award and a Drama Desk Award for his performance as “Carl Hanratty” in Catch Me If You Can. His film credits include Better Living Through Chemistry, Greetings From Tim Buckley, Disconnect, The English Teacher, Higher Ground, Fair Game, and Dan in Real Life.

MARGARET QUALLEY
Margaret Qualley can next be seen in Quentin Tarantino’s Once Upon a Time in Hollywood with Leonardo DiCaprio, Brad Pitt, and Margot Robbie. Her performance in Margaret Betts’s Novitiate, opposite Melissa Leo and Julianne Nicholson, earned her rave reviews at the 2017 Sundance Film Festival. Additional credits include The Nice Guys, opposite Ryan Gosling and Russell Crowe and HBO’s The Leftovers. Qualley also received wide acclaim as the star of Kenzo Perfume’s new campaign directed by Spike Jonze, which was named one of the best ads of 2016 by AdWeek Magazine.

AYA CASH
Aya Cash has received rave reviews, including Critics Choice and TCA Award nominations, for her performance in You’re the Worst, the critically-acclaimed FXX comedy about two toxic and self-destructive people who fall into an unconventional and flawed relationship. Her additional television credits include Joe Swanberg’s Netflix anthology series Easy and the FOX comedy series Traffic Light, as well as an upcoming guest star role on Will & Grace. Her recent film credits include Social Animals, Game Over, Man and Mary Goes Round (Excellence in Acting Award at the Vail Film Festival). In theater, Cash recently starred opposite Gillian Jacobs in the world premiere of Kings and has starred in off-Broadway plays at playhouses such as Playwrights Horizons, The Atlantic, MCC, Manhattan Theatre Club and the Rattlestick, in plays by Ethan Coen, Bruce Norris, Zoe Kazan, Matthew Lopez, Lucy Thurber, Liz Flahive and Nicky Silver.

NATE CORDDRY
Nate Corddry’s recent credits include large roles in Apple’s For All Mankind, David Fincher’s Mindhunter and the award-winning, The Marvelous Mrs. Maisel. He began his career as a correspondent on The Daily Show with Jon Stewart, and following that, was cast as a series regular on Studio 60 on the Sunset Strip for Aaron Sorkin. Other credits include series regular work on Mom and Harry’s Law, along with the features We Are Unsatisfied, The Circle, Ghostbusters and The Heat.

SUSAN MISNER
Actor and choreographer Susan Misner has most recently wrapped Season 2 of Amazon’s Jack Ryan. She is best known for her portrayal of “Sandra Beeman” on FX’s The Americans. She has also starred as “FBI agent Terri McCue” on Showtime’s Billions and played “Dr. Nora White” on Hulu’s Shut Eye opposite Jeffrey Donovan and Isabella Rossellini.

BIANCA MARROQUIN
Originally from Mexico, Bianca Marroquin made her Broadway debut as “Roxie Hart” in Chicago in 2002 and has since appeared on Broadway in The Pajama Game and In the Heights. Marroquin was also the first and only Spanish-speaking “Mary” in Disney and Cameron Mackintosh’s Mary Poppins and also portrayed “Anita” in Carnegie Hall’s West Side Story. Other credits include “Rosie” in Bye Bye Birdie and The World Goes Round. On TV in Miami and Mexico City, she can be seen as a judge in Pequeños Gigantes and Mira Quien Baila, among others. Marroquin can still be seen as “Roxie Hart” in Chicago for a limited number of appearances.

KELLI BARRETT
A veteran of the stage, Kelli Barrett has starred on Broadway in Gettin’ the Band Back Together, Doctor Zhivago, Wicked, The Royal Family, Baby It’s You!, and originated the role of Sherrie in Rock of Ages off Broadway. Her film/TV credits include the recurring role of “Maria Castle” in Marvel’s The Punisher, the title role in the musical Emma now streaming worldwide, and over two dozen other film/TV credits including The Switch, Remember Me, Confessions of a Shopaholic, Mr. Popper’s Penguins, Blue Bloods, A Gifted Man, Chicago Fire, NCIS, Law & Order: SVU, Person of Interest, Ugly Betty, and The Good Wife.

RICK HOLMES
Rick Holmes was most recently seen on the big screen in Steven Spielberg’s The Post. Recent TV credits include The Deuce, The Politician, The Fix, The Punisher, Modern Family and Atlanta. Holmes has appeared in over a dozen Broadway productions including: Junk, Matilda, The Visit, Peter and the Starcatcher, Spamalot, The Pillowman and Cabaret.

PAUL REISER
Comedian, actor, television writer, author, and musician Paul Reiser has spent the last 30+ years acting in Oscar and Emmy award-winning movies and TV shows. He was voted one of Comedy Central’s “Top 100 Comedians of All Time.” Recent projects include: There’s…. Johnny! (Hulu) Stranger Things (Netflix), Red Oaks (Netflix), The Romanoffs (Amazon), along with the following films: War on Everyone with Alexander Skarsgard and Michael Peña, The Book of Love with Jessica Biel and Jason Sudeikis, The Little Hours with John C. Reilly and Aubrey Plaza, and the Lake Bell-directed I Do… Until I Don’t with Ed Helms, Amber Heard, and Mary Steenburgen.