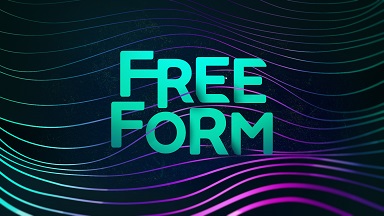 ABC FAMILY BECOMES FREEFORM ON JANUARY 12 AND WILL CELEBRATE WITH A DAYLONG MULTIPLATFORM SOCIAL EVENT CULMINATING WITH THE ON-AIR DEBUT OF ITS NEW NETWORK BRAND SPOT, WINTER PREMIERE OF PRETTY LITTLE LIARS AND SERIES PREMIERE OF “HADOWHUNTERS

Pasadena, CA (January 9, 2016) – The most social television network will celebrate its transition from ABC Family to Freeform in a new and immersive way with a daylong virtual event and exciting partnerships across the breadth of the social space. Key launch partnerships will include a Social DNA Project with Twitter; a live stream of events via Periscope; a Vine booth; a BuzzFeed Facebook Live chat and a custom Pretty Little Liars Facebook icon; Instagram content and talent takeovers; and a “Pretty Little Liars” Snapchat filter.

The Freeform Social DNA Project with Twitter will take place on January 12 starting at 11:00 a.m. EST. Throughout the day, fans who tweet @FreeformTV using the hashtag #FreeformLaunch will receive a reply tweet that includes a unique piece of 3D digital art based on a sentiment analysis of their Twitter feed. Each piece of art is as similar and unique as a fingerprint or snowflake. Fans will then have the opportunity to enter an instant win sweepstakes* to receive one of 5000 prizes – a one-of-a-kind piece of 3D printed wearable art representing their Twitter personality, as shown below.

Fans will be able to participate in the virtual celebration by going to FreeformLaunch.com, or any of the social outlets listed above. On those platforms they will be able to interact with musical artists including deejays Lela B, Bianca Oblivion and Dan Wilcox; drummers P.O.P. Unplugged; visual artists Dancakes (Dan Drake) the pancake artist; muralist Carlos Vera; and talent including Troian Bellisario, Ashley Benson, Lucy Hale, Ian Harding, Shay Mitchell, Janel Parrish, Sasha Pieterse and Keegan Allen from “Pretty Little Liars; and Katherine McNamara, Dominic Sherwood, Harry Shum Jr., Isaiah Mustafa, Matthew Daddario, Emeraude Toubia, Alberto Rosende, and Maxim Roy from “Shadowhunters” who will be creating moments, art and activities of what it means to be Freeform.

All this activity will lead to the on-air debut of the new network brand spot (https://youtu.be/-f5aP4h3zrk). For the new Freeform branding spot, a diverse mix of designers, animators and illustrators participated in a unique collaboration to create the ultimate artistic expression of Freeform programming. A network sizzle, created internally and provided to each artist (Ruffmercy; Gustavo Torres; Saiman Chow, Dusty Studio and Audrey Aquino) devoid of graphics and with very few creative parameters. The artists were invited to bring their own unique style to the project, to express how the content made them think and feel, and to be inspired by the passionate fandom around Freeform shows through typography, illustration, and animation. The sizzles were then collected and edited into one “mashup” highlighting the best of each artist’s work – set to the music of rising star Alessia Cara’s upcoming single “Wild Things” from her Def Jam debut album Know-It-All.

The casts of Pretty Little Liars and the much anticipated Shadowhunters will live Tweet during their premieres. Twitter will give the casts special tools including the Twitter Mirror, Twitter Challenger and Video Q&A to enhance the experience. The sixth season premiere of Pretty Little Liars will air at 8:00 p.m. EST followed by the series premiere of “Shadowhunters” at 9:00 p.m. EST.

1:30 p.m. PST – Shadowhunters stars Dominic Sherwood and Alberto Rosende take over @ShadowhuntersTV on Snapchat and use the Twitter Vine booth.

The name Freeform speaks to the network’s ongoing priority to super-serve Becomers, fans on that epic adventure of becoming an adult, a life stage that spans people who are ages 14-34. Traditionally, Becomers are in high school, college and the decade that follows and are navigating the wonderful, fun, exciting and scary time when you experience many of life’s firsts – from first kiss to first kid.

The audience’s identity and experience are fluid as they explore endless possibilities and their passions take shape. Freeform is inspired by the interconnection between content and audience; media and technology; interactive and linear; life stage and life style, and the way Becomers interact with them all.

Part of the Disney/ABC Television Group, ABC Family (to be renamed Freeform on January 12, 2016) is distributed in 94 million homes. The network connects to audiences and goes beyond entertainment with bold original programming and immersive social engagement. The network delivers a unique mix of quality original and acquired series, plus fan favorite movies and the holiday events “13 Nights of Halloween” and “25 Days of Christmas”. WATCH ABC Family (also to be renamed Freeform) is a service which allows viewers with participating TV subscription services access to 24/7 live viewing of the network, as well as continued on-demand access via a wide array of devices.