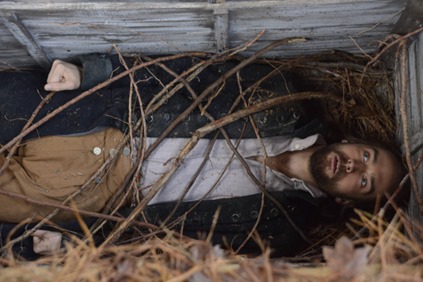 Will Agent Booth be convicted of murdering ‘innocent FBI Agents?’ Find out when Bones returns on Thursday, September 25th. How do Icabod and Abby get out of (respectively) that box and that dollhouse? Sleepy Hollow will tell us on September 22nd – the same day we see Detective Jim Gordon comfort young Bruce Wayne and promise to capture their killers on the series premiere of Gotham.

Fox’s ‘social experiment,’ Utopia, gets a three-night premiere beginning on Sunday, September 7th and continuing on Tuesday September 9th and Friday, September 12th. Will Utopia’s participants be able to forge a new, utopian society from scratch? Will Bart Simpson and Peter Griffin ever learn? Let the fun begin on Sunday, September 26th when the 26th season of The Simspons premieres – followed by a one-hour Simpsons/Family Guy crossover event and the second season premiere of Brooklyn Nine-Nine (speaking of someone who really tries to never learn…).

To find out when your favorite Fox shows return – and your new favorites premiere, follow the jump.

“HELL’S KITCHEN” FIRES UP THE FALL WITH A SPECIAL TWO-HOUR PREMIERE WEDNESDAY, SEPTEMBER 10

“NEW GIRL” AND “THE MINDY PROJECT” BRING BACK THE LAUGHS TUESDAY, SEPTEMBER 16

FOX has set the fall premiere dates for its new and returning series.

The 2014-2015 season begins with a special three-night premiere of groundbreaking social experiment UTOPIA. From unscripted mastermind John de Mol, and based on the Dutch hit of the same name, UTOPIA is a bold new series that moves 15 everyday Americans to an undeveloped location and challenges them to create their own civilization. Will it be ultimate happiness or utter chaos? The series will launch on a special night, Sunday, Sept. 7 (8:00-10:00 PM ET/PT), following a FOX NFL doubleheader before continuing in its regular time period, Tuesday, Sept. 9 (8:00-9:00 PM ET/PT), with six special broadcasts on Fridays (8:00-9:00 PM ET/PT), beginning  Sept. 12.

On Wednesday, Sept. 17 (9:00-10:00 PM ET/ PT), new coming-of-age dramedy RED BAND SOCIETY makes its series debut, following an all-new HELL’S KITCHEN (8:00-9:00 PM ET/PT). From Steven Spielberg’s Amblin Television, and starring Academy Award-winning actress Octavia Spencer (“The Help,” “Fruitvale Station”), Dave Annable (“Brothers & Sisters,” “666 Park Avenue”) and a charismatic cast of fresh faces, RED BAND SOCIETY is a provocative, unconventional and unique coming-of-age dramedy about a group of unlikely and rule-bending friends and the adults who mentor them through the ups and downs of adolescence in Los Angeles’ Ocean Park Hospital. Exploring everything from strong friendships, and first loves, to humorous mishaps and heartbreaks, the series is a story of life, with an edgy comedic tone all its own.

Sundays get re-animated beginning Sept. 28, with the season premieres of THE SIMPSONS (8:00-8:30 PM ET/PT), the return of Golden Globe-winning live-action comedy BROOKLYN NINE-NINE (8:30-9:00 PM ET/PT) on its new day and time and FAMILY GUY’s (9:00-10:00 PM ET/PT) special one-hour “The Simpsons Guy” season premiere crossover event. Emmy Award-nominated comedy BOB’S BURGERS (7:30-8:00 PM ET/PT) and new multi-cam comedy MULANEY (9:30-10:00 PM ET/PT) join the lineup one week later, Sunday, Oct. 5. MULANEY stars Emmy Award-winning writer and comedian John Mulaney (“Saturday Night Live”) as a rising stand-up comic trying to take his career to the next level, and the friends and mentors, including one played by Martin Short (“SCTV,” “Saturday Night Live”), who lift him up, hold him back and push him around.

Bite-size culinary competition series MASTERCHEF JUNIOR will have its season premiere Friday, Nov. 7 (8:00-9:00 PM ET/PT). Talented budding cooks between the ages of eight and 13 are given the opportunity to showcase their talent, culinary smarts and passion for food through a series of delicious challenges and cook-offs. Award-winning chef Gordon Ramsay, restaurateur and winemaker Joe Bastianich (Del Posto, Eataly) and acclaimed chef Graham Elliot (Graham Elliot, Graham Elliot Bistro) coach and encourage the promising hopefuls to cook like pros and teach them the tricks of the trade along the way.

Fall premieres of new and returning series are listed below in chronological order (all times are ET/PT):

Additional premiere dates and information will be announced at a later date.

Photo by Brownie Harris/Courtesy of Fox