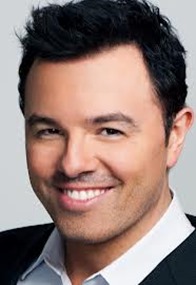 Fox has ordered thirteen episodes of Bordertown, a new animated series from Family Guy’s Mark Hentemann and Seth MacFarlane.The series centers on two neighbor families living in a southwest desert town on the U.S.-Mexico border and is about the cultural shifts taking place in America today. Bud Buchwald is a Border Patrol agent, while Ernesto Gonzales is Mexican immigrant. The ways in which their lives intertwine will be the spine of the show.

FOX has picked up BORDERTOWN, a new animated comedy about two families living in a Southwest desert town on the U.S.-Mexico border, it was announced by Kevin Reilly, Chairman of Entertainment, Fox Broadcasting Company.

From Mark Hentemann and Seth MacFarlane (FAMILY GUY), BORDERTOWN will take a satirical look at the cultural shifts occurring throughout America. Set in a fictitious desert town near the Mexico border, the series centers on the intertwining daily lives of two neighbors: BUD BUCKWALD and ERNESTO GONZALES. Married and a father of three, Bud is a Border Patrol agent who feels threatened by the cultural changes that have transformed his neighborhood. Living next door to Bud is Ernesto, an industrious Mexican immigrant and father of four, who is proud to be making it in America. As Bud and Ernesto’s paths begin to cross, their families become bound by friendship, romance and conflict.

The animated comedy is expected to debut during the 2014-2015 season.