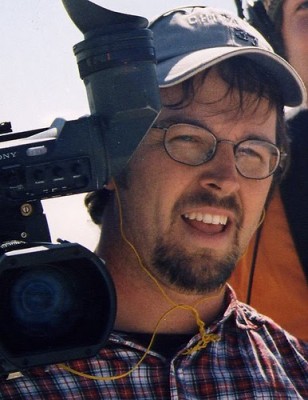 Documentary filmmaker  Patrick Creadon spends a year in Bertie County, North Carolina, one of the poorest counties in the state, as he follows a group of students in a new experimental education program called Studio H which stands for Humanity, Habitats, Health and Happiness.  Architects Matthew Miller and Emily Pilloton goal is to teach kids how to apply design concepts and thinking to their every day lives.

Patrick became interested in the project after reading Emily Pilloton book Design Revolution: 100 Products That Empower People. After reading her book, “A friend of mine friended her on Facebook and they started a dialog.”  I used to always think that you couldn’t teach creativity, because by its very nature is about chaos. However Emily took established methodology from other business disciplines like Project Management and Business Analysis and applied it to the concept of creativity. The result was a program built around six concepts – Research, Ideate, Develop, Prototype, Refine and Build. 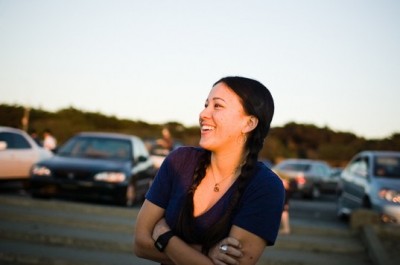 “What happens is people hit a wall and then stop,” design thinking gives creativity a structure. A young designer used it to come up with a solution for discovering landmines by creating a special type of grass that would turn metal red when it touches it. I asked how would this even work, wouldn’t the impact of grass seeds hitting the land mines set them off?  “There’s nothing that’s perfect, let’s leave perfect out of it. Sometimes the silliest, craziest answer is the best answer,” he added.

When asked to explain a situation where he applied this in his own life, Creadon said “The problem was this story was 3,000 miles away from where I lived. Even though I spent one week out of every month there to film, there was going to be a lot of things that I would miss and I needed to figure out a way to capture everything, even if I wasn’t there. I realized that we had all of these kids there who would be able to tell their stories better than we could, so we had Jamesha – one of the students, and a few others film footage using their cell-phones and cameras that we left behind.”

The project was broken out into three different stages. When they started they didn’t know what they were going to eventually be building, they wanted to teach the kids how to be creative thinkers and designers first. One of the kids Stevie, talks about his love of Animals and how he hates school, saying “His father hated it, grandfather hated and he hates it. It’s a family tradition to hate school.”

Creadon responds, “A lot of people do not like being in school. Every single person in the world likes to learn things and to be connected to things. My guess is they are probably not learning anything.  Stevie was just about ready to drop out of high-school. In his school all he does is sit there and stare at online learning on his laptop all day,” said Creadon.

It was interesting watching this class come together, but the documentary doesn’t do a very good job of establishing the students as individual people. It is more about the goals of the project and it’s leaders architects Matthew Miller and Emily Pilloton. I think we all wish we had teachers as passionate about what they are doing as these two were.

A film like this has the power to teach the filmmaker as well as the audience, so I asked what he took away personally and as a filmmaker. “One of the things that I learned is that all Education is local. Someone far away may come up with the best way in the world to teach math but it may not work locally.  It’s why Matt and Emily were able to convince the kids to make a Farmer’s Market because it fit the community, where a Farmer’s Market may not work in another.”

“I also learned that failure is an option. So many of us are so afraid of failure that we don’t try a lot of time. Failure has always been apart of the design process. A designer is faced with a problem, they create several different solutions, whichever one fails the least is the one they pursue. They keep working on it until they get it right.”

Continuing, “It surprised me how personal this story felt to me. This small-town in North Carolina that I’ve never been to before resonated with me. I have three kids of my own who attend Public School and there’s something exciting when a kid connects with something and starts to learn.”

In the film one of the students Stevie says that he hates school, his dad hated school and his grandfather hate Do you think not liking school is a learned behavior? “A lot of people do not like being in school. Every single person in the world likes to learn things and to be connected to things. My guess is they are probably not learning anything.  Stevie was just about ready to drop out of high-school. In his school all he does is sit there and stare at online learning on his laptop all day.

A version of this article first appeared on Blogcritics.com.