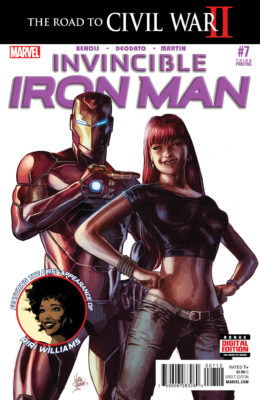 Riri Williams made her debut in Invincible Iron Man months ago, but since news of her becoming Iron Man full time (she’ll work on the name after she gets used to the job) has caused such a huge response that Marvel is loading new editions of Invincible Iron #7-#11 so that new readers can catch up with her before she is introduced in her own book – the relaunched Invincible Iron Man #1, by Brian Michael Bendis and Stefano Caselli, this fall. 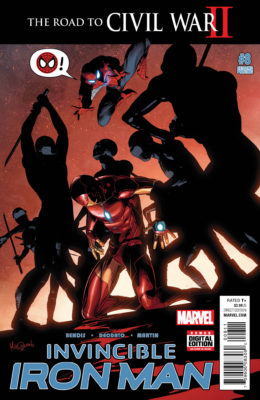 New York, NY—July 11th, 2016 — Comic fans met her earlier this year, but last week the world at large was introduced to Riri Williams – and people everywhere are buzzing! Garnering over 2 billion online impressions in just over 24 hours, Riri has been seen everywhere from TIME, Good Morning America, Entertainment Weekly and more! Hot off the announcement that Riri Williams will headline a relaunched INVINCIBLE IRON MAN #1 from creators Brian Michael Bendis and Stefano Caselli this fall – we’re pleased to announce that remaining copies of her first appearances have immediately sold out at the distributor level! 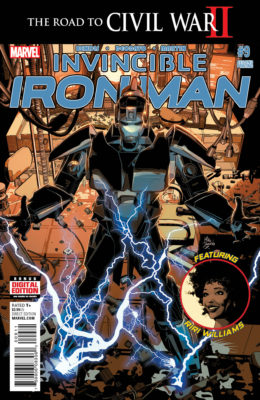 First appearing in INVINCIBLE IRON MAN #7, Riri Williams was seen creating her own, homemade Iron Man armor. Following the events of Civil War II, she’ll be upgrading to a brand new, cutting-edge suit of her own as she charges headlong into Marvel NOW! Be sure to catch up on all her current appearances in the pages of INVINCIBLE IRON MAN #7, #8, #9, #10 & #11 when they all return to comic shops next month! 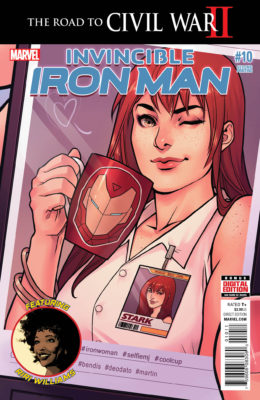 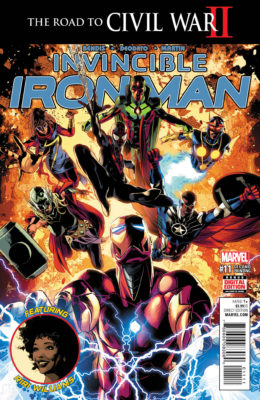 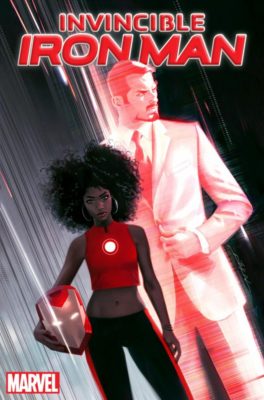