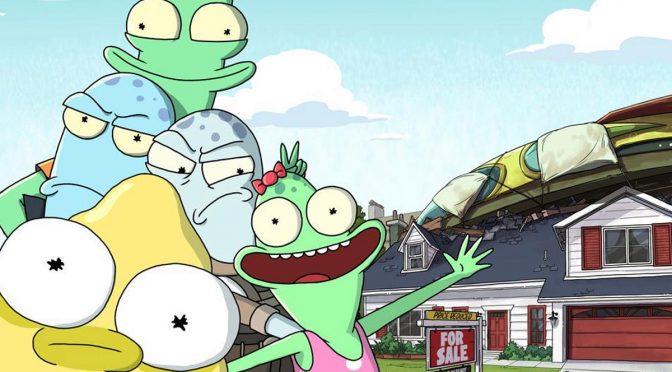 Four aliens escape their exploding planet and find their way to Earth.

Superheroes? Nope! More like a dysfunctional family waiting for the Pupa (an organic supercomputer) to evolve and terraform the planet.

From one of the guys who brought you Rick & Morty, Solar Opposites will drop all season one episodes on Hulu, May 8th. (In the meantime, check out the teaser trailer below).