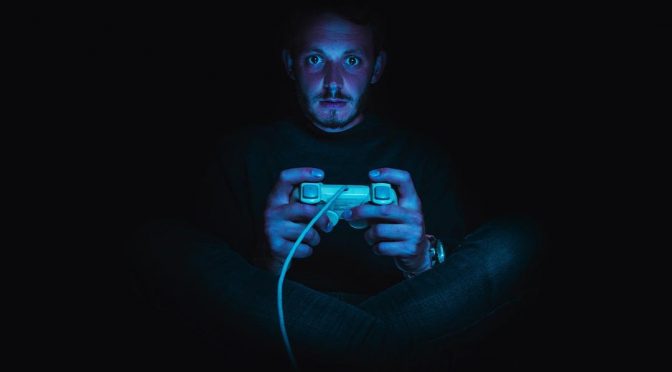 Several studies have been conducted involving violent video games. During the studies, the participants, young children, are monitored while they play video games of violent nature. The researchers monitor for signs of aggressive behaviors, as well as emotions and thoughts. Most of these studies revealed that violent video games may cause both short- and long-term aggression. Some scientists believe aggression is related to the desensitization of violence. Instead of feeling empathy for victims of violence, some players ignore the violence all together or find it funny. Whatever the case may be, the American Psychological Association (APA) believes that violence portrayed in video games is an aggression risk factor.

What Playing Violent Video Games May Lead To?

While more adults enjoy playing poker than children, there are always risks of playing video games of all genres. But, violent video games are drawing more attention because the risks are much higher than in other genres. It is believed that playing violent video games may lead to real-life criminal activities, such as bank robberies, assaults, car-jacking, and homicides.

Children who play violent video games should be monitored closely by their parents. Any sign of aggression should call for some immediate changes.

Back in 2015, it was the American Psychological Association that mentioned there was a clear link between video games and aggression in children. This conclusion was drawn after a long and in-depth study. The study involved a wide-ranged group of children. Children were broken up into several different groups based on their ages, ethnicity, and backgrounds. The children were exposed to violent video games in different environments at different times of the day and night, but the results all lead the same way. The results showed that violent video games lead to decreased empathy while also increasing prosocial behavior at the same time. Simply put, violent video games cause violent behavior.

With all the technology and media available today it would be nearly impossible to prevent your child from being exposed to some kind of violence. Heck, just look at MMA and boxing. While these are two aggressive sports, they are mainstream and shown right on cable TV. And, this is not to even mention what kind the kind of exposure that your kids will see when they venture off to school. Simply put, you can’t shield your child from everything violent out there, including violent video games. This is why it is best to just jump out ahead of the situation by limiting the amount of time that your kids will be exposed to these aggressive environments.