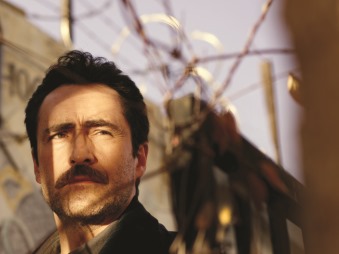 I was wondering, what do you think is the biggest change in Marco from season one to season two? And was there anything particularly challenging this season that wasn’t quite so much last season?

Bichir: There are a few key changes in Marco’s life and behavior that are crucial for this new season, because at the end of season one we saw Marco losing pretty much everything that he had, including his family and the death of his son, Gus, and whenever that happens to anybody that changes your life forever.

I think we will see a more committed Marco, a darker Marco, probably a very sad Marco this season. His emotional journey will be going deeper and deeper into his own thoughts in the way of asking himself every day if all this struggle is worth fighting. He chose to be in this difficult territory [indiscernible] if he can make a difference, but things will be a lot more difficult now. But at the same time I think Marco will become a more dangerous type of cop for the bad guys, because he doesn’t have anything else to lose. 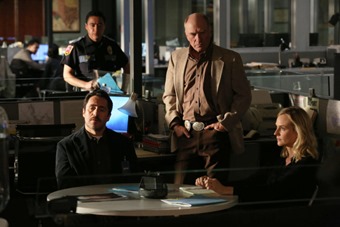 You said in the past that Marco tends to operate in the gray area of the law. How does this affect your ability to judge your character where you don’t—go ahead.

Bichir: You were cutting off at the end, but I think that Marco understands that there are many legal steps that you have to take as a cop in order to get your job done. But at the same time, he knows that there are some shortcuts that he can take in order to get there sooner. Sometimes when things are crazy out there and the streets become some kind of jungle, you don’t have time to go to a judge and get an order to take care of business. And that’s pretty much the way he understands this particular border. And one of the things that I think Marco has very clear is that we’re no angels, and the bad guys are certainly no angels, and sometimes you just have to go for those shortcuts.

I wanted to jump ahead a few episodes, we won’t publish any spoilers obviously, but in terms of the whole David Tate situation, I wanted to ask you about how Marco’s kind of torn between having to work with Fausto in order to exact his revenge on David, and what’s going through his mind when he’s actually presented with this opportunity to get rid of David once and for all and he decides not to?

Bichir: It talks very much about who Marco is, because it tells you everything about his nature. Marco, he’s a good person. He’s a good human being, and [indiscernible]. And although he has this commitment to honor the life of his son, the death of his son, he knows that if he crosses that line he will become exactly the same person as the other guy, he will be another type of angry David Tate in many ways. That speaks a lot about who Marco is. He’s willing to risk everything, but at the same time his nature is different from all these crooks, all these crazy people, David Tate, and of course Fausto. And Marco is constantly struggling between those two worlds, he’s all the time in between heaven and hell in order to try to do the right thing, and try to make things work [indiscernible] in a very difficult territory. He is literally transiting from one place to another, crossing this border pretty much every day and seeing the best and the worst of both worlds, and I guess he never really knew how much of a human he could be until he’s face to face with David Tate.

And is part of that also that it’s more important to him to stop Fausto’s overall cartel thing rather than just exacting his personal revenge? Is that part of it as well?

Bichir: That is very interesting, because I think that’s pretty much the interesting part of all this journey that Marco’s going through, because I think he realizes that he shouldn’t expend more energy on small enemies, even though it was a big deal that this guy killed his son. But there’s a bigger task, there’s a greater good waiting for him to take some action on, and that’s pretty much what makes him reconsider all this, because he’s been trying to get Fausto one way or another and he can’t waste any more time. So, he believes that probably it’s not in his hands to make wrongs right in his own personal life, but there’s a greater task that he’s needed for. 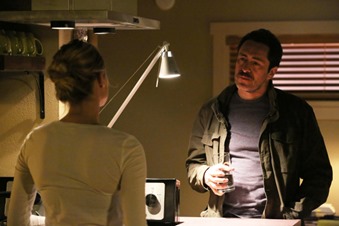 Since season one, what drew you initially, is that what still keeps you going?

Bichir: Yes, absolutely. I think we have a fantastic team. I think our production team is just first class. I think we have a fantastic writer staff. The cast couldn’t be better. All those names make this show what it is, and it makes us very proud. Also, the fact that we are able to bring our own inputs and ideas to the table and we all create this show that is capturing better, bigger, wider [indiscernible] everywhere in the world, because I do think it’s different. I haven’t seen anything like this out there in American television. So, I think that’s probably one of the reasons why people are getting hooked to it.

And can you talk about your relationship this season with Sonya, how that’s changed?

Bichir: It ended in a really difficult situation, difficult position, because Marco was very angry at her because she stopped him from killing David Tate, the killer of his son, and he took that very wrongly and he took that personally. But in season two he understands that she meant well, that she did it because she didn’t want Marco to end up in jail, and it was not going to fix anything. Are you still there?

Bichir: Oh, okay. But right now Sonya is the one who approaches Marco again because she needs his help in this new case, and that’s when things go easy again, because as I’ve said many times, Marco and Sonya represent, in many ways, how the U.S. and Mexico work and how much we need each other regardless of our own differences. And regardless of many issues that we might not agree on, we still need each other. And these guys love each other. These guys love each other and respect each other, and they take care of each other. And you will see that in season two, you will see that relationship becoming strong again. But then there’s going to be a higher kind of a test when Sonya begins mistrusting him because of his relation with Fausto, because it’s hard for Sonya to understand that Marco has to deal with demons and angels in order to do the right thing at the end. And that’s a very difficult thing to understand for Sonya, who works in a different establishment and a different system.

Bichir: Yes. But at the end, I wouldn’t like to say much, but that’s one of the things that are really, really great about this new season, how this relationship will go into this type of rollercoaster of different emotions and feelings.

Thank you so much for your time.

Photos by Byron Cohen and Kurt Iswarienko/Courtesy of FX