Pirates of the Caribbean: Dead Men Tell No Tales opens with a flashback picking up from the ending of At World’s End. Will Turner (Orlando Bloom) has become the captain of The Flying Dutchman, with its accursed souls bound to the immortal vessel. Henry Turner, Will’s progeny, having found his way aboard, promises his father that he will find a way to reverse the anathema. 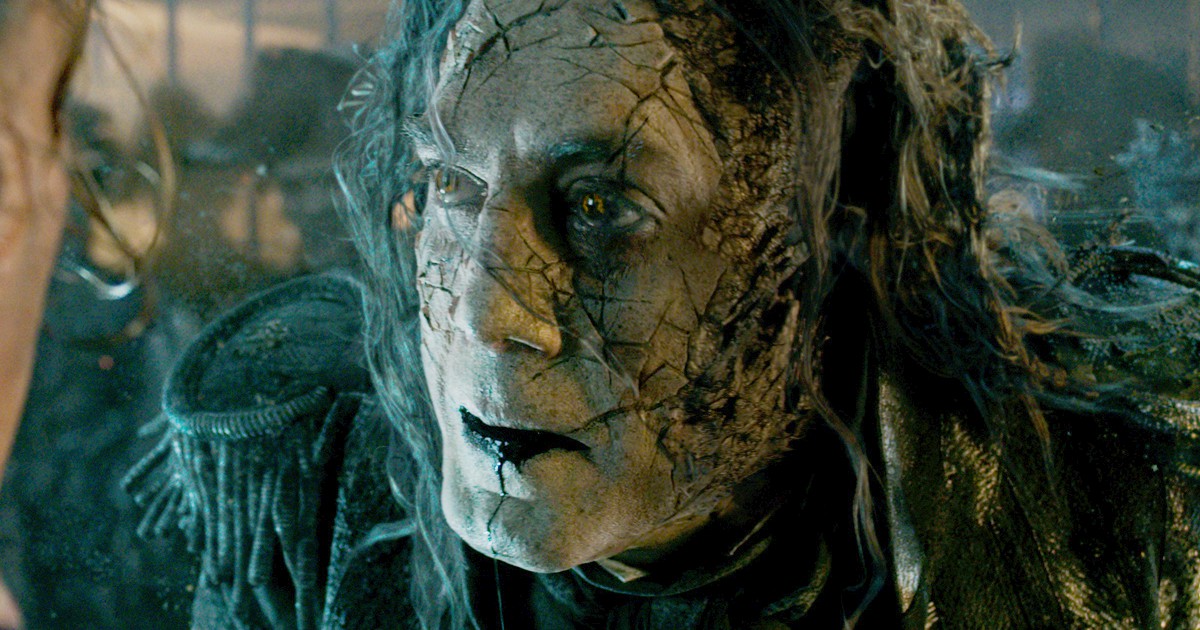 What works in Dead Men Tell No Tales are the portrayals of Henry and Katrine. Directors (Joachim Rønning & Espen Sandberg) do not shy away from the obvious parallel structure they have created between the two and the ballad of Will and Elizabeth Swann (Keira Knightley) in The Curse of the Black Pearl. Thwaites has the right mix of bravado, charm, and awkwardness to make for a believable and affable hero. Opposite him, Scodelario, fares mostly well as an empowered educated woman—she rarely requires saving and often serves as the film’s voice of reason. Her biggest issue is not Scodelario fault, but rather some lazy writing that tries too hard to connect Catrine to the greater universe. The ocean’s a big place—not all people need to be related.

The action in Dead Men Tell No Tales is serviceable, but a derivative. For example, an opening bank heist is quite comical, but clearly takes its cues from Fast Five. The brush gracing the canvas is heavily dripping with CGI paint, but at least some of the action sequences are well-choreographed enough to make for a mildly entertaining spectacle. An underwater sequence late in the film, for instance, has sparks of creativity.

While Thwaites and Scodelario try can to keep the fifth Pirates film afloat, the rest of the film is a mess. Since the very first time Depp donned the eyeliner and sloshed his way to an Academy Award nomination, no subsequent entry in the franchise has understood how to properly use the character of Captain Jack Sparrow. Sparrow’s endearment was the combination of cleverness, whimsy, and a dash of luck. In the most recent iterations, Sparrow is 98% buffoon. He’s no longer savvy, just sloppy, and his crass nature is grating at best. It’s time for the sparrow to sink.

The other weight dragging Dead Men Tell No Tales down is motivation. Nearly every character has two goals in the film, and they often get jumbled. While the majority of these aims relate in some way to procuring the trident, it’s never entirely clear what this McGuffin is or does beyond the anecdotal myths characters sometimes rattle off. On top of this, convenience continues to haunt the plot as characters and items appear to be nothing short of magnetic as they find each other with targeted ease as if alone in the world.

Pirates of the Caribbean: Dead Men Tell No Tales attempts to reboot the franchise by sticking to familiar plot beats and arcs while continuing to push the visuals. Unfortunately, its weak script will undoubtedly remind people of the (accidental?) greatness of the first film, and such comparisons will eventually damn this entry down to Davy Jones’ Locker.