Entertainment News for The Rest of Us
Sheldon Wiebe
Movies, Music 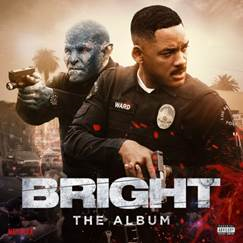 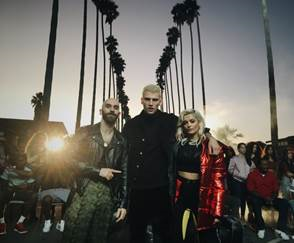 Atlantic Records and Netflix have teamed up to bring the newest music video from Bright: The Album into homes this Thanksgiving Day. Home, by the incomparable trio of Machine Gun Kelly, X Ambassadors & Bebe Rexha, is now a heart-warming video directed by acclaimed Bright director David Ayer (Fury, Suicide Squad, End of Watch, Training Day). The official video for “Home” makes its debut today on Netflix as part of the anthology Bright: The Music Videos.

“HOME” SKYROCKETS UP CHARTS UPON RELEASE, HITTING THE TOP 10 IN 15 COUNTRIES

WILL SMITH STARS IN THE NETFLIX FILM BRIGHT, WHICH PREMIERES FRIDAY, DECEMBER 22ND

Atlantic Records and Netflix have teamed up to bring the newest music video from their hugely-anticipated BRIGHT: THE ALBUM into homes this Thanksgiving Day. After skyrocketing up charts immediately upon release last week, “Home” by the incomparable trio of Machine Gun Kelly, X Ambassadors & Bebe Rexha, is now accompanied by a heart-warming companion video. Directed by acclaimed Bright director David Ayer, whose film work also includes Fury, Suicide Squad, End of Watch and Training Day, the official video for “Home” makes its debut today on Netflix as part of the anthology BRIGHT: THE MUSIC VIDEOS, which will also feature the previously released hit video “World Gone Mad” by Bastille. Additional videos from BRIGHT: THE ALBUM will be released in the coming weeks leading up to the launch of the Will Smith and Joel Edgerton action blockbuster film BRIGHT on Friday, December 22nd on Netflix. BRIGHT: THE ALBUM arrives at all music retailers and streaming services on Friday, December 15th.

Machine Gun Kelly, X Ambassadors and Bebe Rexha joined David Ayer a few weeks ago to shoot this tailor-made video for “Home” in Downtown Los Angeles, replicating the world of Bright. The video features actual orcs from Bright and follows Machine Gun Kelly through an emotional journey as he returns home after being released from incarceration.

Next out of the gate will be “Broken People” by the team of Logic & Rag’n’Bone Man, arriving worldwide on Thursday, November 30th with an accompanying visual content piece created by the animators of Bright’s opening title sequence. The final song to be released prior to street date is “Danger” by Migos & Marshmello, which will arrive December 7th, joined by the premiere of an action-packed new companion visual featuring never-before-seen footage from Bright.

ABOUT BRIGHT
From the director of SUICIDE SQUAD and END OF WATCH, David Ayer, comes a new action-packed film starring Will Smith, Joel Edgerton, Noomi Rapace, Edgar Ramirez and Lucy Fry.  The Netflix Film was produced by Ayer, Eric Newman and Bryan Unkeless and will be released on Netflix on December 22nd.

Set in an alternate present-day, this action-thriller directed by David Ayer (SUICIDE SQUAD, END OF WATCH, writer of TRAINING DAY) follows two cops from very different backgrounds.  Ward, a human (Will Smith), and Jakoby, an orc (Joel Edgerton), embark on a routine night patrol that will alter the future of their world as they know it.  Battling both their own personal differences as well as an onslaught of enemies, they must work together to protect a deadly, thought-to-be-forgotten relic, which in the wrong hands could destroy everything. http://www.netflix.com/bright