CinemaCon 2015 is going to kick off in grand style with the first “public” screening of Pitch Perfect 2. I’ll be honest, I’ve always been meh about the movie and never got the love of this, but it’s going to be one of the biggest films of the summer so I’m certainly curious. Not to mention there’s a big after party and the invitation simply says music by “surprise guest.” Anything less than the Pitches themselves (who will most likely be there to introduce the film) or Prince and I’ll be disappointed…

Warner Brothers usually puts on a great presentation every year and this year they have a lot on the line with regards to their super hero franchises. I fully expect to see a chunk of this presentation to focus on the upcoming DC Filmverse. They’ve gone silent since their initial announcement last year and it’s time for them to talk about more. So I fully expect a full trailer debut (or at least a solid teaser) for Batman Vs. Superman anything less than that and many will leave disappointed. Other notable footage we expect to see – Pan, Magic Mike XXL, The Man From Uncle, and Creed. 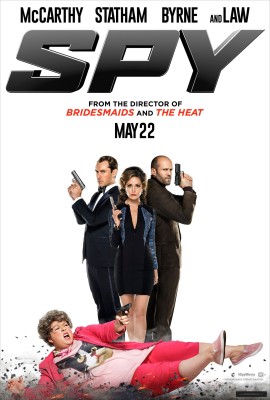 Fox is sponsoring night two of CinemaCon with the premiere of the new Paul Feig & Melissa McCarthy comedy Spy. I’m not a particular fan of McCarthy, but I’m always up for a premiere and I love Spy films – even comedies, so this should be a good time. The after party is going to feature performances by several people who are featured on the soundtrack. 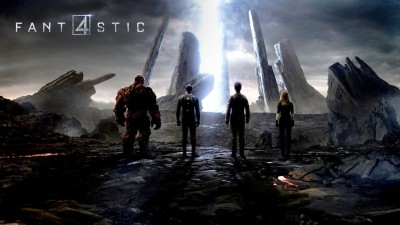 Fox has a packed presentation planned for Thursday, they already sent over a list of things that we can expect – which I kind of hate. I like being genuinely surprised by new footage. Headline of the week will probably be a super extended look at Fantastic Four; most of the cast will be on hand at the presentation (I’m hoping to snag a spot on the Roundtable), Hitman: Agent 47, The Peanuts Movie (I’m sorry, but this looks awful, but I’m hoping to be blown away by seeing everything fully animated), The Revenant and Ridley Scott’s The Martian.

CinemaCon is celebrating Clint Eastwood’s storied career with a luncheon and interview next Wednesday. The last few years of these “conversations” with notable producers and directions have been really solid.

While I usually don’t have time to spend quality time on the Exhibit floor, CinemaCon is always kind of neat. Get to sample all the free theater food and candy one can stand and it’s fun seeing the future of theater technology.

Paramount Picture’s Tuesday presentation is going to feature Arnold Schwarzenegger from “Terminator Genisys;” Simon Pegg and Rebecca Ferguson from “Mission: Impossible – Rogue Nation.” So I’m going out on a limb here and assume we’re going to get extended looks at these two big franchises, which should be huge moneymakers at the box office. But Paramount is playing a dangerous game putting all the hopes on these two as they have the weakest slate of all the studios. 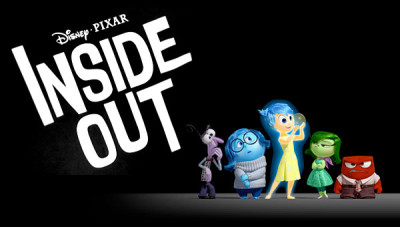 Disney always comes to play. Their two-hour slot is going to include the premiere of Pixar’s Inside Out, which means only 30 minutes or so will be devoted to talking about the future. Considering Avengers is coming out the following week, I don’t expect much Marvel News. But I definitely think we’ll get new footage from Star Wars and more news on the future of the SW Universe and more footage from Ant Man.

Pioneer of the Year Dinner

The Coca Cola closing party is always a pretty amazing party. Although I’ll never understand the point of closing the pool during a “Pool Party.” This year they are going to have the Dueling Pianos to provide our entertainment.