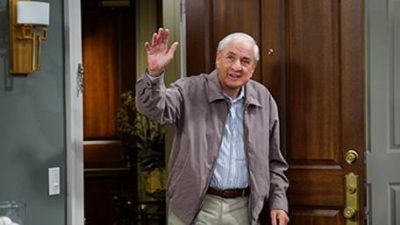 CBS’ second season comedy series The Odd Couple will pay tribute to the late Garry Marshall (the creator of the original Odd Couple series) when stars from several of Marshall’s hits – including Happy Days and Mork & Mindy.

Marshall Developed and Executive Produced the Original “The Odd Couple” for Television, and Served as Executive Consultant on the Current Show,

The comedy series THE ODD COUPLE will pay tribute to the late television and film legend Garry Marshall with a special episode to be broadcast Monday, Nov. 7 (9:30-10:00 PM, ET/PT), on the CBS Television Network.

To honor Marshall’s extraordinary legacy, the poignant episode will feature actors from many of his hit television shows, including Ron Howard, Marion Ross, Anson Williams and Don Most from “Happy Days,” Penny Marshall (Marshall’s sister) and Cindy Williams from “Laverne & Shirley,” and Pam Dawber from “Mork & Mindy.”

Marshall developed and was the executive producer of the original television series “The Odd Couple,” starring Tony Randall and Jack Klugman, and served as executive consultant on the current version, starring Matthew Perry and Thomas Lennon as Oscar Madison and Felix Unger, respectively. In the current series, Marshall guest-starred once as Oscar’s father, Walter. Marshall passed away on July 19, 2016.

“The writing staff and everyone on THE ODD COUPLE reboot was thrilled when Garry Marshall joined us as a producer because his shows were part of our TV DNA,” said executive producer Bob Daily. “He was a kind, generous presence on the set, and we loved him dearly. And when we lost him, we knew we had to do something to honor his legacy – something that, like Garry’s work, was both heartfelt and zany. We are so grateful that the stars of these classic shows are able to join us in honoring him.”

In the episode, Oscar reconnects with many significant people from Walter’s life when he agrees to carry out his father’s final wish to spread his ashes behind the candy factory he used to own.

Additional information about the episode will be announced shortly.