Cartoon Network has released its slate of programming for April – new episodes of Craig of the Creek, Ben 10, Victor and Valentino, ThunderCats Roar! and more.

The full slate follows below.

New Episodes of Cartoon Network’s “Craig of the Creek” Begin
Saturday, April 18
Plus, Premieres of  “Ben 10,” “Total Dramarama,”  “Victor and Valentino,” “ThunderCats Roar!” & More Throughout April
The second season of CN’s hit series “Craig of the Creek” continues Saturday, April 18 at 9:00 a.m. ET/PT with 20 new episodes rolling out every Saturday throughout May and June.

“Creek Daycare” -Craig and his sister, Jessica, try their hand at running the daycare at the creek.

“Tea Timer’s Ball” – The Tea Timers throw a dance and invite everyone in the creek.  Craig believes it’s solely to prank him, while Kelsey deals with an unwanted admirer.

“Sleepover at JP’s” – JP invites his friends over for a sleepover, but it happens to be on the night of a huge game of Flashlight Tag in the creek! 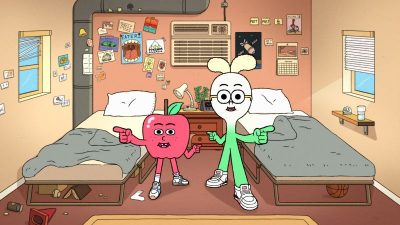 And a new episode of “Teen Titans Go” airs Friday, April 10 at 7:00 p.m. In “Egg Hunt,”  Robin still regrets not being able to find an Easter egg when he was a kid, so the Titans head to Gotham to solve this mystery.
Plus, brand-new episodes of your favorite CN shows will premiere every Saturday and Sunday so be sure to tune-in!
See the complete line-up below:
APRIL SATURDAY PREMIERES
APRIL 4
“Apple & Onion” | 9:30 a.m. ET/PT
“Petri” – Apple and Onion must get back to their apartment to put the lid on their petri dish.
“Teen Titans Go”| 10:00 a.m. ET/PT
“Teen Titans Roar!” – The Titans are outraged when their favorite cartoon is rebooted so they come up with a plan to get this new show off the air.
“ThunderCats Roar”| 10:30 a.m. ET/PT
“Mandora – The Evil Chaser” – Lion-O “accidentally” releases a whole space prison-full of criminals and winds up on the wrong side of the law.

“Dr. Dometome” – Lion-O is tasked with mapping the beaches of Third Earth, which leads to him somehow draining the oceans of all their water entirely.

“Floored” – Apple and Onion get lost beneath their floorboards and must find a way out.
“Election Day” – Apple runs for Mayor. Episode guest stars Isiah Whitlock Jr.  (Clay Davis on HBO’s “The Wire”) as Mayor Naise.
“ThunderCats Roar”| 10:30 a.m. ET/PT
“Mumm-Ra, the Ever-Living” – Every time Mumm-Ra gets ahold of a magic artifact to restore his powers, the ThunderCats just smash it and turn him into a dinky skeleton again. Until today that is, because Mumm-Ra just remembered he’s got the Ancient Spirits of Evil.

“Study Time” – Lion-O never pays attention during Tygra’s training sessions so when he’s asked to do a pop quiz on “sword magic” he accidentally opens a portal to the Astral Plane and releases the Nether Witch.

APRIL 18
“Craig of the Creek”|  9:00 a.m. ET/PT
“Creek Daycare” -Craig and his sister, Jessica, try their hand at running the daycare at the creek.

“The Guest” – Vic and Val blame each other for eating all the food in the kitchen and making a huge mess. However, they soon discover that a ghost is actually to blame. They enlist the help of Achi to unlock the world of spirits among them and kick the ghost out of their house!

“Ener-G-Shoes” – When Vic uses trickery to buy a pair of super cool sneakers from Maria Teresa’s yard sale, the shoes try to walk him to his demise as punishment.

“Supply Mom” – When Chef’s mom becomes the supply teacher for a day Duncan replaces Chef’s to-do list with one of his own.

“ThunderCats Roar” | 10:30 a.m. ET/PT
“Berserkers” –The Cats’ Lair is attacked by gold-loving robot pirates – the Berserkers! This is a good thing, really, since it means Lion-O and the ThunderKittens can ditch their chores and fight robo-pirates instead. Just don’t tell Tygra!
“Jaga History” – Freed from the Astral Plane, Jaga – ghost of the ThunderCats mentor – is now free to visit the Cats’ Lair. Which means he can finally tell them why Thundera, their home world, exploded.
APRIL 25
“Craig of the Creek”|  9:00 a.m. ET/PT
“Tea Timer’s Ball” – The Tea Timers throw a dance and invite everyone in the creek.  Craig believes it’s solely to prank him, while Kelsey deals with an unwanted admirer.

“Sleepover at JP’s” – JP invites his friends over for a sleepover, but it happens to be on the night of a huge game of Flashlight Tag in the creek!

“Lords of Ghost Town” – When Victor and Valentino recruit a ghost to scare away a bully, they end up messing with the realm of the dead, which has disastrous consequences.

“Total Dramarama”|  10:00 a.m. ET/PT
“Mooshy Phon Phons” – After eating Chef’s extremely rare and expensive chocolates Courtney drags Owen, Izzy and Beth all the way to the Norberian Alps of Fruffenberg to replace them.

“Student Becomes the Teacher” – Chef is knocked unconscious right before a School Board Evaluator shows up for a big review. Now Owen has to fill in so Chef doesn’t lose his Teaching License and to ensure the kids earn the pony ride Chef promised for good behavior.

“ThunderCats Roar”| 10:30 a.m. ET/PT
“Barbastella” – While flying with his new invention, Panthro hits it off with a new friend – Barbastella, the Queen of the Bats.

“Adopt a Jackal” – After a battle with the Mutants, Jackalman gets confused and accidentally returns to the Cats’ Lair with the Thundercats. 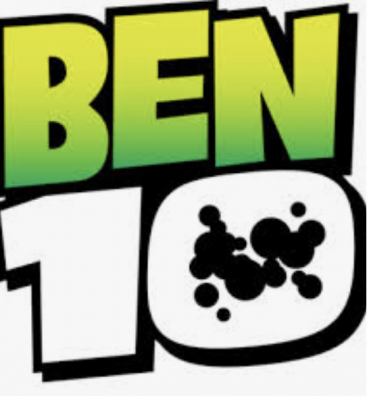 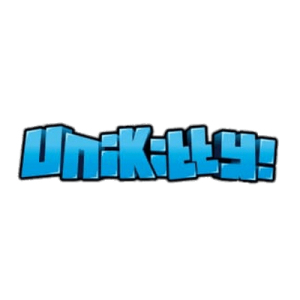