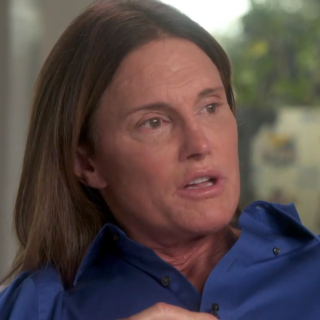 We don’t usually cover sports at Eclipse unless there are extraordinary circumstances – this is only the second sports-related story I’ve ever posted. The decision by the 2015 ESPYS to honor Caitlyn Jenner with the Arthur Ashe Courage Award is one such circumstance.

Forty years ago, Bruce Jenner proved himself one of the greatest athletes of all- time by winning the gold medal for decathlon at the 1976 Olympics. That took hard work and the courage to believe in himself.

It undoubtedly took a different kind of courage to come out as a transgendered woman – as Caitlyn Jenner – and that courage is what inapired the decision to honor her with this prestigious award.

Almost 40 years ago, Bruce Jenner’s Olympic success came as a result of strengthening both his mind and body leading to his status as one of the world’s greatest athletes, but the decision to publicly come out as a transgender woman took a different kind of courage and acceptance of one’s self. To celebrate that bravery, ESPN today announced that Jenner will be presented with the Arthur Ashe Courage Award at The 2015 ESPYS Presented by Capital One. Presented annually to individuals whose contributions transcend sports, the Arthur Ashe Courage Award is the pinnacle of the sports celebration, which will be televised Wednesday, July 15, at 8:00 p.m., ET on ABC from Nokia Theatre L.A. LIVE.

Jenner’s unyielding resolve and hard work enabled him to win a gold medal in the 1976 Olympics and break world records. He then parlayed that success into a variety of roles across different areas including television, film, auto racing and business. Although Jenner first captured the attention of the nation for his athletic prowess and determination, the same strength of character shone through this past April when he sat down with ABC’s Diane Sawyer to come out as a transgender woman.

“In the past few months, the overwhelming outpouring of support from all over the world for my journey has been incredible,” said Jenner. “However, being honored with this award, which is named after one of my heroes, is truly special. For the first time this July, I will be able to stand as my true self in front of my peers.”

Added executive producer Maura Mandt: “Bruce has received many accolades over the years for being one of the greatest Olympians of our time, but The ESPYS are honored to celebrate Bruce becoming Caitlyn. She has shown the courage to embrace a truth that had been hidden for years, and to embark on a journey that may not only give comfort to those facing similar circumstances, but can also help to educate people on the challenges that the transgender community faces.”

The ESPYS gather top celebrities from sports and entertainment to commemorate the past year in sports by recognizing major sports achievements, reliving unforgettable moments and saluting the leading performers and performances. The 2015 ESPYS will recognize both sport-specific achievements, such as “Best MLB Player” and “Best WNBA Player,” and best-in-sport winners, such as “Best Team” or “Best Female Athlete” that pit nominees from different sports against each other. The ESPYS support ESPN’s ongoing commitment to The V Foundation for Cancer Research, launched by ESPN with the late Jim Valvano in 1993.