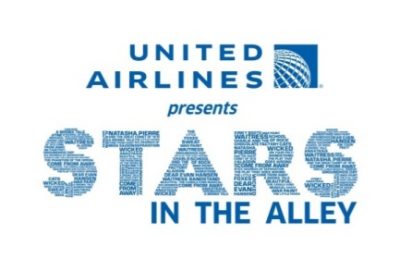 If you happen to be in NYC, tomorrow, June 2, 2017 head down to the historic Shubert Alley at 44th street for one of my favorite events of the year Broadway Stars In The Alley. It’s a annual free concert put on by the Broadway Alliance. Featuring performances from over 20 different Broadway shows including Groundhog Day, Charlie and the Chocolate Factory, Get on Your Feet, School of Rock and more. It’s really just an excuse to have a free public dress rehearsal ahead of next week’s Tony Awards. I’m busing up to NYC to catch this event and will have a bunch of cool interviews. Check out this amazing list of talent that’s going to be on hand.

STARS IN THE ALLEY® is proud to announce that 2017 Tony Award® Nominee for Falsettos Brandon Uranowitz will serve as social media correspondent for the 2017 concert. He will be on hand to cover the event live on Twitter and on Instagram bringing fans both exclusive backstage access and a unique perspective on all that’s happening on stage and in the audience this year.

STARS IN THE ALLEY will take place on Friday, June 2nd at 1:00pm in Broadway’s legendary Shubert Alley, west of Seventh Avenue between 44th & 45th streets. The free outdoor concert with live music, produced by the Broadway League and sponsored by United Airlines, celebrates the end of the 2016-2017 Broadway season and adds to the festivities leading up to the 2017 Tony Awards. The event will consist of performances from over 20 musicals, including shows from this past season as well as numbers from current long-running shows, all accompanied by a 12-piece live orchestra.

Charlie and the Chocolate Factory, Chicago, Come From Away, Dear Evan Hansen,

On Your Feet! The Story of Emilio and Gloria Estefan, The Phantom of the Opera,

WITH ADDITIONAL APPEARANCES* FROM:

INCLUDING PERFORMANCES OR APPEARANCES BY*: