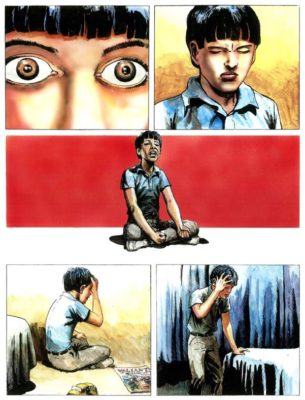 Before there was J.K. Rowling’s Harry Potter, or Neil Gaiman’s Tim Hunter – long before – there was Luke Kirby, the star of the series The Journal of Luke Kirby, which ran in 2000 AD magazine from 1988-1995.

The story of a British boy who becomes a powerful wizard has never been reprinted in its entirety – until now.

Created by writer Alan McKenzie and artist John Ridgeway – with  Steve Parkhouse taking on the art later, The Journal of Luke Kirby will be reprinted for the first time in a new paperback edition in May, 2017.

Read on details and two more pages from the series. 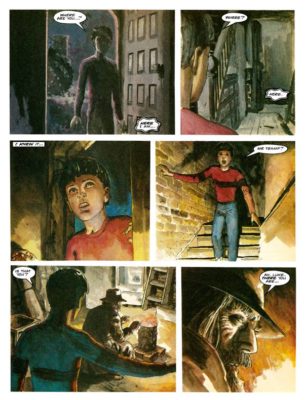 A series which trumped Harry Potter to the ‘young boy wizard’ trope by a number of years – but hasn’t been reprinted in its entirety before – is to be collected for the first time.

Published from 1988 until 1995, this story of a young British boy who becomes a powerful wizard – and which pre-dates both JK Rowling’s Harry Potter and Neil Gaiman’s Tim Hunter – is to be reprinted for the first time in a new paperback edition in May 2017.

Cider With Rosie meets Harry Potter via John Wyndham and Alan Garner, The Journal of Luke Kirby is a coming-of-age story about power, magic, and family, set in an enchanted rural England.

Sent to stay with his Uncle Elias in the countryside in 1962, Luke discovers the man has magical powers. After their housekeeper is killed by a horrific beast, Elias offers to make Luke his apprentice and teach him the magical arts. Luke is the inheritor of a great magical dynasty and, learning first from his uncle and them a tramp called Zeke, Luke begins to harness his extraordinary powers with the potential to be the greatest alchemist of all – but at what price? 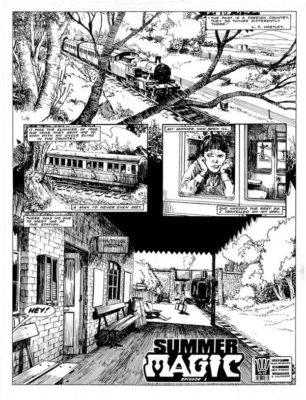 From its slow pace to the evocative artwork, The Journal of Luke Kirby is a lost gem from the second wave of 2000 AD; the idyllic setting undercut by the new world of magical danger Luke discovers hiding under the surface in a coming-of-age tale that deals with burgeoning maturity, fear, loss, grief, and the ending of innocence.

John Ridgeway’s artwork, moving from black and white to colour, evokes the classic comics of the 1960s while his scratchy, dense style also provides an eerie dissonance befitting the dual world in which Luke now finds himself, while later stories with art by Steve Parkhouse bring a more pop-art aesthetic.

Ben Smith, head of books and comic books at Rebellion Publishing, said: “Summer Magic is a wonderful story that not only pre-dates the recent ‘boy-wizard’ phenomenon, but is one that deals with loss-of-innocence in a profound and sensitive way. It is fantastic to now produce the complete collection of these stories which to my mind are one of the high-water marks in 2000 AD’s history and are the work of two profoundly important British comics creators John Ridgeway and Alan McKenzie, the latter of whom was also one of 2000 AD’s long-serving editors.”