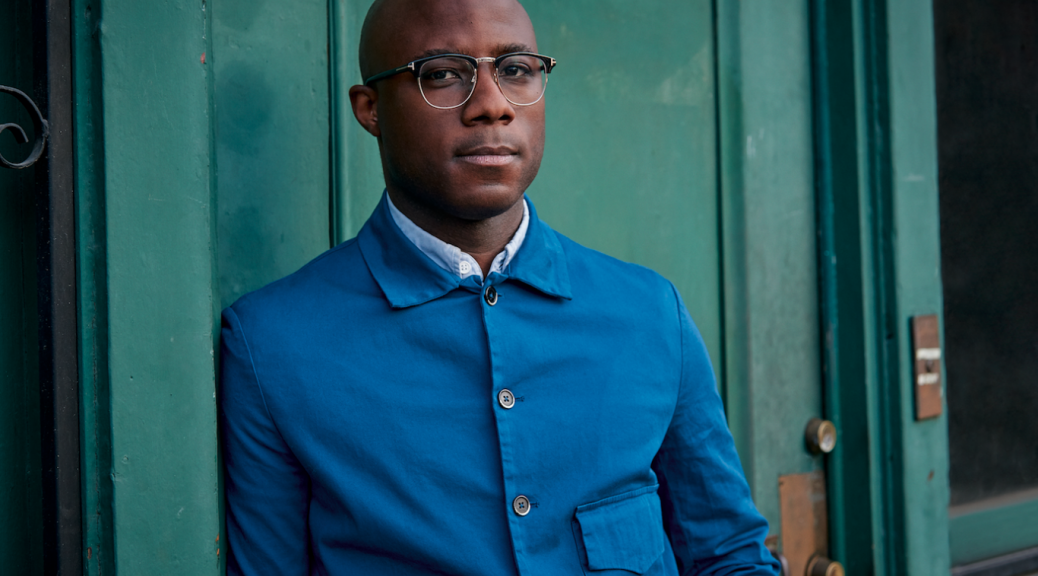 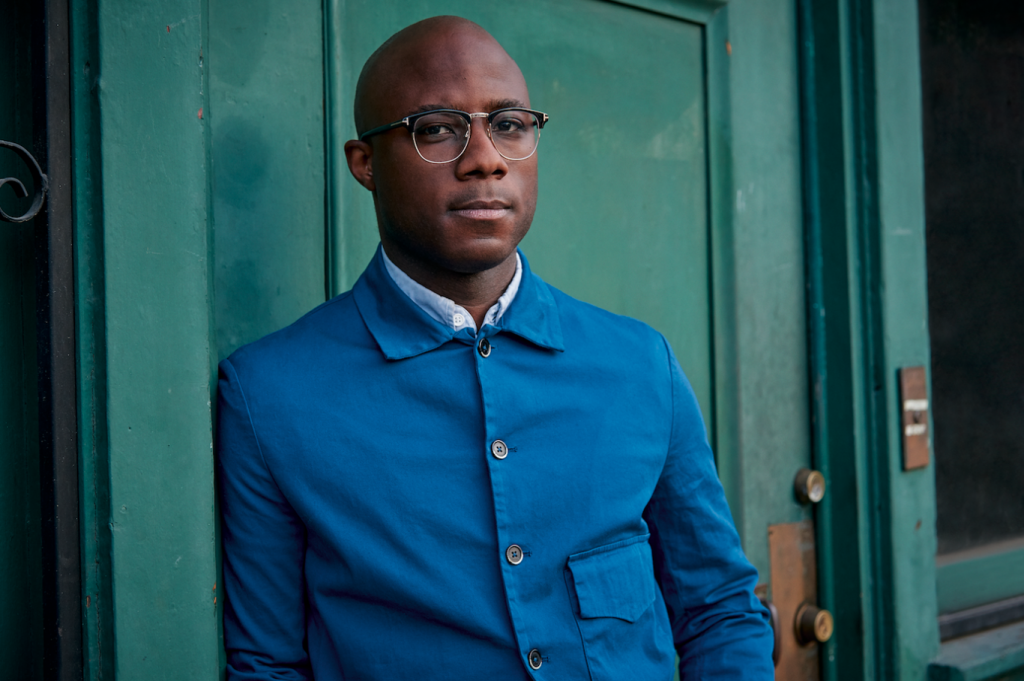 In our second part of If Beale Street Could Talk EMExclusive, I was part of a roundtable with Screenwriter/Director Barry Jenkins.

I know this movie was a labor of love for you from start to finish. When was the moment you realized you wanted to make this into a film?

Oh, that was a bit complicated. When I wrote it, I wasn’t expecting to actually make it into a film. A friend asked if I’d read it and was surprised to learn that I had not. And she actually said, “I think you should make this into a movie,” which people say all the time to any filmmaker, no matter what you’ve done. And this was in a pre-Moonlightworld, but I took her seriously and read it and I thought, “Oh yeah, this would make a great film and I think I would be a good fit for it.” So I wrote it. Then, after it was done, I sent it to the [James Baldwin] Estate and when they replied, they replied very quickly. They actually sent a typewritten letter in the mail, which is a very strange thing. I thought, “Oh, yeah, I think I should do this,” and then it was like five years of us working together to figure out like how to do it.

When it comes to Beale Street, it’s all about love, but it shows different types of love, from family to a couple. And your films have dealt with it in the past. I’m wondering what about these kinds of stories and films about different kinds of love speaks to you personally?

You know, I think maybe it’s aspirational in a certain way, you know? My personal life, like the actual family I grew up in, was not this kind of love especially as depicted in Beale Street. I said at Toronto [International Film Festival], that Moonlight is sort of the family I grew up in, and that If Beale Street Could Talk, maybe the family I could have had or would have liked to have had. This very solid nuclear family where, you know, when Tish starts going through these things, you just know the unit around her, is going to be there to protect her, to buffer her.

You know, a really interesting thought experiment is if you took Naomie Harris’ character for Moonlight and made her the mom in Beale Street and took Sharon from Beale Street and made her the mom in Moonlight. How will that affect the children at the center of those stories? To me, it’s nurture and not so much nature. So it’s just been one of those things that has kept coming up, especially in these two pieces because they were written at the same time.

But in Beale Street, you will see Nicholas Britell, the composer and I, we have named all of the different suites of music after these different stages of love–agape, eros, storge, philia–because in this piece in particular, I think something Baldwin was writing about was how, you know, Black lives in America, from the dawn of America, have always been enshrouded in despair, suffering, and degradation. And yet Black people still have found this way to have joy, love and build family and communities. And I think that love and family join communities, the thing that has buffered us and almost sustained us through the despair and suffering. So it was one of the things I originally saw in this book that I thought was, it was like the reason for the endeavor of translating it and so I’m glad those things reached you.

There’s so many Black women within his film and your other films and all the different types of experiences that Black women have gone through. Can you tell us a little bit more about that and also talk to us about the performances with Regina King and Kiki Layne, especially since this is Kiki’s very first feature film?

Yeah. I mean, I can’t take too much credit for that because both these last two films are kind of like a cheat. I mean one is adapted from Tarell McCraney and this one’s adapted from James Baldwin and so they created these characters and I guess I made the choice to take these things, but the characters reside with them. And you’re right, in Moonlight and especially in Beale Street, there’s just this Cornucopia of all these many varied hued and hearted experiences of Black women and these characters. And it was really wonderful. In Moonlight, there’s a certain level of experience I don’t have a direct proximity to in this film. I am not a woman, James Baldwin’s not a woman. And so when we cast these women, these Black Women: Kiki Layne, Regina King, Aunjanue Ellis, Teyonah Parris… just all these women, I realized very quickly I had to listen. It wasn’t about me as a director telling them what to do. It was about me listening because there were certain things or certain ways they fused the character’s experience that I just never could. And it was a really wonderful process watching two things, watching the women around Kiki really help her through the process because she’s so new.

And then also sort of watching how, over the course of the film, Regina King, plays the mother, Sharon. She’s almost like all knowing. So when [Tish] needs to tell Colman that she’s pregnant, [Sharon] was like, “I’ll do it.” When this act of domestic violence happens, it’s Sharon [who]says “you men leave,” and the first thing she does is lock the door behind them to protect the women, but then she gets to Puerto Rico and all this weight that she’s been carrying, all this weight that I’ve seen these Black women in my life carrying, had to take a toll at a certain point. What I love is that you get to the end of the film and [Tish] who had begun as this very wide-eyed, innocent girl. Now she is the one who has to take care of her family, of Fonny and the child that’s been born. So there was this lovely cycle of these Black women sort of really bringing each other into the space that they almost have to occupy where they grow and become strong and it was lovely. I like it when a process kind of informs what’s happening onscreen because you see Kiki grow up both in the film and behind the camera and the making of it through the aid of all these other Black women.

What is it that attracts you to ask the audience to engage with and witness intimacy? What is it about intimacy that cracks the veneer of human interaction? And especially, I mean, I’m thinking of some of the ways in which you center the characters in the frame and they are asking us to be engaged with them, which is both universal and asking people to see Black Americans/Black women.

It’s just something that we kind of stumbled into on Moonlight that it came from a very visceral place. We were filming the scene with Naomie Harris where she’s just really in the throes of her addiction and it just felt unfair that the audience was allowed to exist outside. But that sequence, because I had a personal connection to it, I was feeling things. And so to me it was about creating a moment of direct engagement and it wasn’t an intellectual thing, it wasn’t an artistic thing, it was a very personal and visceral thing that has now become an intellectual tool because I do think it works in a way that you’re describing. And I think when an actor is performing as a character, [there’s] a bit of distance between them and the character that has to be there. They know that they’re performing.

But I think there are moments where the actor and the character kind of fuse in this way and where it’s just one being. And I think that’s when I want the audience to directly connect to the person onscreen, and so we don’t plan them. It’s why they very rarely have dialogue because I think if you’re forming dialogue you kind of go back to that, that would move in a certain way. But I think it is about not forcing the audience, but creating a space where if they’re willing to, the audience can directly connect to the character. Because as you said, this idea of intimacy, to me, that’s where the power of cinema is, you know?

You read a novel and all the voices are in your head, but you walk in the cinema and these actors are there in flesh and blood in a certain way, two dimensional unless you count the speakers [laughs], but they’re flesh and blood. And then this idea of empathy and linking between the audience and the characters, between myself, Mr. Baldwin and you guys, then that thing becomes so potent, so tense that you can’t walk out of the room and not say that you didn’t meet these characters, you didn’t feel what they felt. I want you to feel what they feel. You can’t deny it, and then their issues become as important to you as they are to them. So that’s why we do it. And I think so far in the last few films that’s really worked. I don’t know that I’ll always do it, but it felt very necessary in these two pieces.

“If Beale Street Could Talk” – IN THEATRES CHRISTMAS