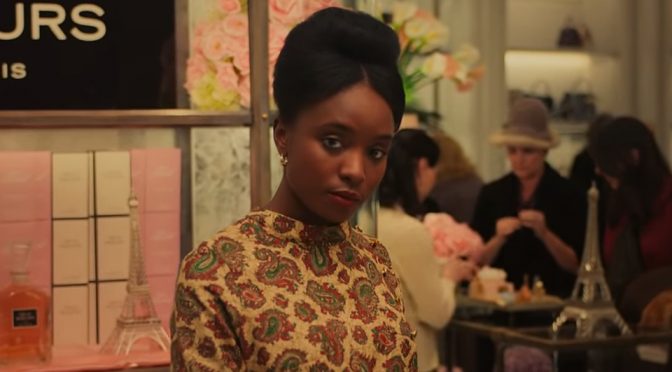 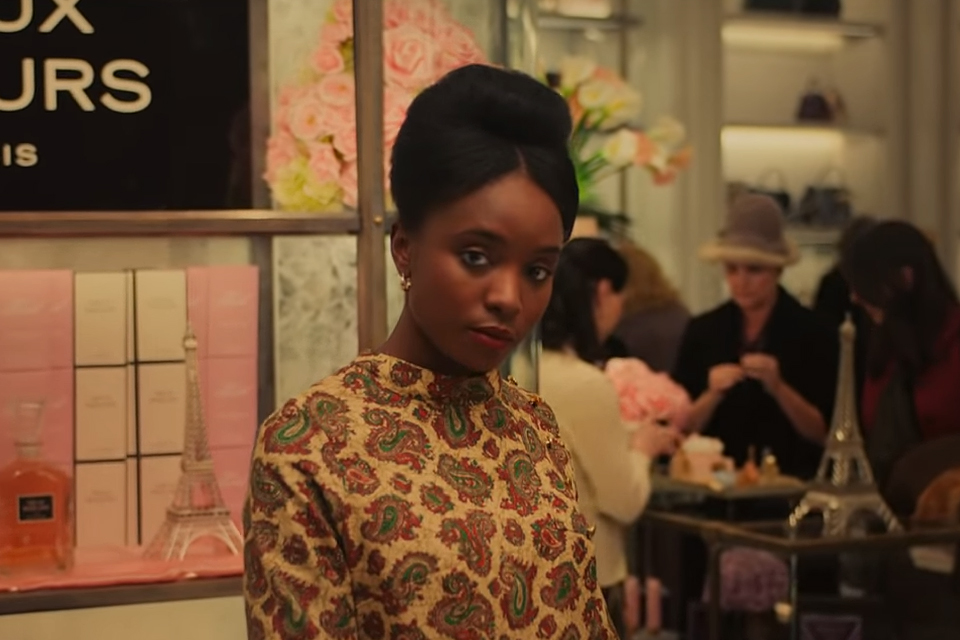 In this EMExclusive, I interviewed actress Kiki Layne about her new film “If Beale Street Could Talk”. In early 1970s Harlem, daughter and wife-to-be Tish vividly recalls the passion, respect and trust that have connected her and her artist fiancé Alonzo Hunt, who goes by the nickname Fonny. Friends since childhood, the devoted couple dream of a future together, but their plans are derailed when Fonny is arrested for a crime he did not commit. I sat down with Kiki during a roundtable to talk about her big-screen debut!

KL: He just…the way that he speaks about the issues, injustices that we’re dealing with. Yes, the book’s based in the 70’s, but we’re still very much dealing with those things now. I just think he has this “matter-of-factness” about it. He’s stating, “This is what this is; this is what I’ve seen; this is what I’ve been through and experienced” and does it in a way where you can’t question that, because that is what he’s experienced, so there are definitely moments in the novel where, even though it’s from Tisha’s perspective, you very much so hear Baldwin’s thoughts about what this world looks like, and especially what this world is looking like for black people at that time.

What is it about “Beale” that you loved, and especially working with Barry Jenkins since he’s hot off “Moonlight” just a couple of years ago, so I want to know what was your relationship working with him physically?

I am so, so blessed that this is my first introduction to carrying a role of this size. He’s just so patient, offers patience to everyone that’s apart of the film, so he gave me space to work these things out and to make these discoveries and he also just was easy to communicate with and have a dialog, you know, because as a director, he’s seen everything, he’s seen how it’s all supposed to come together, how all of these roles are supposed to connect everything together; but I am the actor who is living in this role in particularly the most, and so he was very open to hearing about what has my own research and discovery taught me about this character and then we could have these conversations about what he thought as he read it and wrote it and everything. So, he was just really easy to collaborate with.

Now that you’ve worked on “If Beale Street Could Talk,” what do you feel James Baldwin would say about society today? Has it changed since the 1970’s, or has it progressed or regressed?

Many of the things he says in the novel are still very much so happening today. We are still having those conversations, so obviously I’m not going to speak for him; I’ll just say that, that he’s already said so many of the things that are still being said today.

The power of storytelling within black cinema is on the rise recently, especially with “The Hate U Give” and this film. Where do you see black cinema going years ahead?

I think we’re in a special place with black cinema, just in terms of the number of black artists that’s producers, writers that are now, honestly, I feel like taking the space of getting our stories told, of getting our stories told in a way that’s never happened before. It was only just recently that the idea of a movie like “Moonlight” winning “Best Picture” sounded ridiculous or even now to have shows like “Insecure” or “Atlanta” on TV doing well, doing spectacularly. There was a time when there was just no way that was going to happen and I just feel we’re on this trajectory to keep taking it further and further. When we have more of these types of shows or these types of films that are depicting black people in a way—we’ve always lived like this; it’s just that Hollywood was just not interested in telling stories with black people like this.

Along the same lines, is there a story we have yet touched that you would love to see one day?

Hmmm…I don’t have an answer for that one.

I usually ask this question of first-time directors, I’m going to ask you since you’re a first-time actor in a feature film. What is the one lesson that you learned from your first feature that you will take to your future projects?

You’ve gotta let stuff go. Coming from a theatrical background, you do a performance one night, if there was a scene that was a little weird, you can think about it after you go home and everything , “oh was that weird? Oh, it’s because that thing happened. Alright, I’ll fix that for tomorrow night’s show.” Nope! Don’t get to do that. It’s like, “that’s what you filmed; that’s what they got. Hopefully one of those takes is going to work itself out.” And so, that was the main things I took away was once the day is over, the day is over. That’s what I filmed, and I had to trust that I gave everyone what they needed on that day and I just have to move forward.

Last question. Alright. Aside from “Beale Street,” did you read any of James Baldwin’s novels? If so, which was your favorite?

Well, “Beale Street” was the first novel I read, but since having done this, I’ve also read “Giovanni’s Room.” I’m halfway through “Another Country,” and I’ve been reading a lot of his essays, but so far, with what I’ve read, honestly, “Beale Street” is my favorite, and it’s not—not because I’m in it! (laughs)