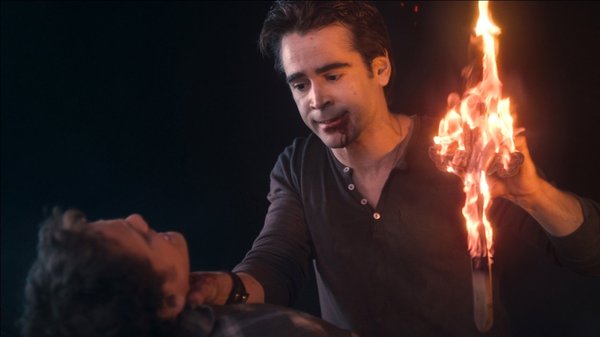 Last week my faith in 3D was renewed a bit by Final Destination 5’s excellent use of the format. Fright Night reaffirms my hatred of 3D. It is another example of a good movie almost ruined by horrible 3D. The 3D makes this movie so dark and fuzzy it is almost unwatchable. There were several points in the first 1/2 hour where I was tempted to walk out. It’s a testament to the filmmakers that I liked this movie enough to stay. Ultimately, I’m glad I did because Fright Night is a fun little horror movie.

Fright Night is a remake of the old horror film – by the same name. I’ll admit I never saw the original so I have no basis to say whether this remake is better or worse. As someone who has never seen the original this movie stands well on its own merits. I hate the new trend of treating all vampires as sexy, brooding, wimps. Fright Night gives it vampires some bite. It returns Vampires to being the scary creatures of the night that they are.

Generally, I don’t like Colin Farrell, but he brings a real sense of menace to Jerry the Vampire. Hi swagger belies the evil within and when the fangs come out, it’s time to cover our necks. Director Craig Gillespie does a great job of building tension, the pacing and the tone is spot on. Unfortunately the use of CGI for the Vampire effects took me out of the movie. It just looked really cheap, cheesy and the crummy 3D didn’t help matters either. 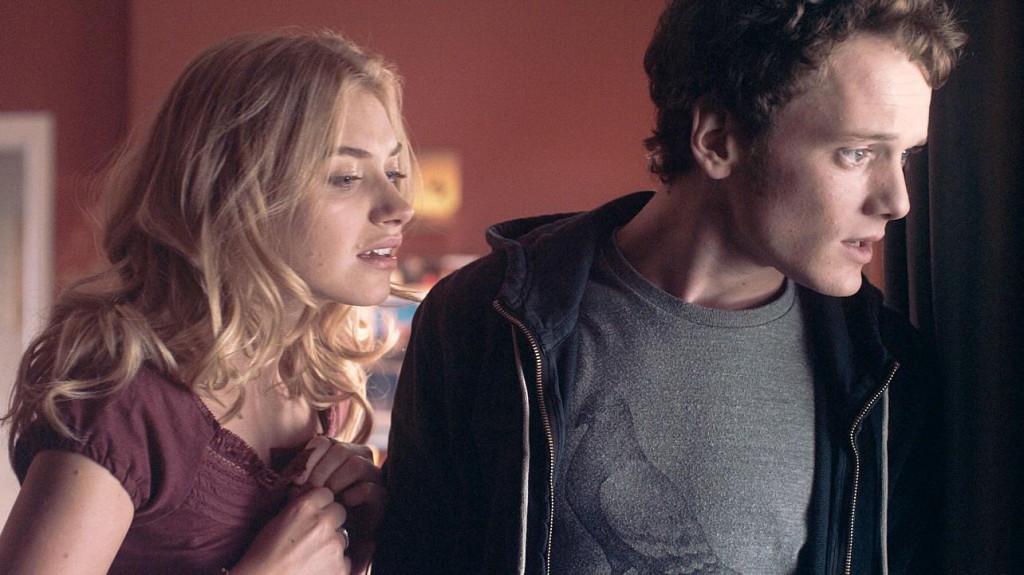 Beyond Farrell, the casting is this movie is darn good and refreshing. The movie’s reportedly $17 million budget means the producers had to get creative with the casting and it works. Anton Yelchin (who some may remember from J.J. Abrams Star Trek) does a commendable job of carrying this movie. He doesn’t have “star power” but he has really good chemistry with everyone in the cast including his feisty girlfriend – Amy (Imogen Poots). 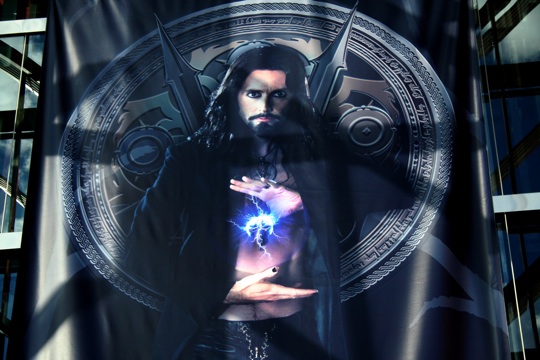 It is always fun to see former Doctor Who star David Tennant. He takes a fun turn here as an over the top Vegas Entertainer who has an over the top, campy Vampire Hunter. I’m surprised there isn’t a real life show like this on the Vegas strip – Criss Angel doesn’t count!

See this movie in 2D or wait for the Blu-ray, it is a fun movie, just skip the 3D installment.