Entertainment News for The Rest of Us
Sheldon Wiebe
Comic-Con 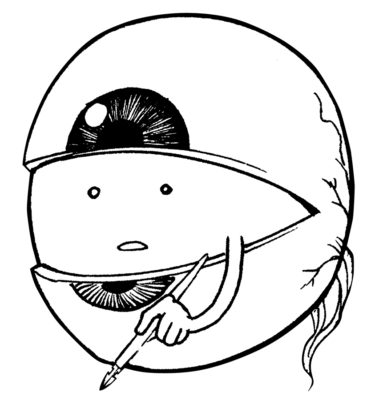 He will also be available for two off-site signings: at the Kinokuniya Book Store and the Barnes & Noble Tribeca Book Store. Read on for all the details.

VIZ Media is the official English publisher of ASSASSINATION CLASSROOM and partners with ReedPOP, the world’s leading producer of pop culture events including New York Comic Con, the Japan Society, a nonprofit cross-cultural institution in New York, and the Japan Foundation to welcome the famed creator of the bestselling high school alien-teacher in the classroom action comedy series.

VIZ Media will be located in Booth #2036 and will offer a selection of ASSASSINATION CLASSROOM manga for purchase throughout the convention including:

One of the most popular and bestselling manga series in the United States, ASSASSINATION CLASSROOM is a humorous and action-packed story about a class of misfits who are trying to kill their new teacher – an alien octopus with bizarre powers and super strength. The teacher has just destroyed the moon and is threatening to destroy the earth – unless his students can destroy him first. Making matters even more complicated, he turns out to be the best teacher they have ever had! The series is a consistent New York Times bestseller, with each volume released appearing on the list during the first few weeks of publication. ASSASSINATION CLASSROOM has also been adapted into an anime series that airs in Japan and North America, as well as two live-action films. For those new to the series, chapters of Assassination Classroom will be available to read for free at viz.com/shonenjump.

Yusei Matsui, creator of the beloved ASSASSINATION CLASSROOM manga, is making his first North American appearance at NYCC, and will discuss his career and creative process behind his global hit! The journey from pen to panel and from manga to anime is no easy task. This special presentation by VIZ Media and FUNimation will explore the ins and outs to bringing the story of a pathetic class of misfits and their bizarre tentacled teacher to life! Fans attending this session will receive a special ASSASSINATION CLASSROOM collectible premium.

Hang out with the English language editors of the world’s most popular manga! We’ve got exciting news about the latest developments on new series, all-time fan favorites, and what we’re doing to bring you the world’s best manga! Yusei Matsui, creator of the global sensation ASSASSINATION CLASSROOM, will be making a special appearance. Fans attending this session will receive a special ASSASSINATION CLASSROOM collectible premium, The WEEKLY SHONEN JUMP staff also will have other amazing prizes up for grabs. Don’t miss it!

Kinokuniya Bookstore New York partners with VIZ Media and New York Comic Con to welcome ASSASSINATION CLASSROOM author and artist Yusei Matsui for a special appearance at Kinokuniya Bookstore during New York Comic Con on October 7th. Special after-hours admission will be given to wristband holders. Customers must buy a volume from the ASSASSINATION CLASSROOM series on the day of the event to get a wristband that allows entry to the signing that evening (store opens at 10 am).

Please join VIZ Media as it welcomes Yusei Matsui for a special signing for ASSASSINATION CLASSROOM as part of NYCC Presents! This event will be limited to 100 customers only. Interested fans must purchase a volume of ASSASSINATION CLASSROOM at Barnes & Noble Tribeca location on the day of the event to attend. A wristband will be given upon purchase which will guarantee entry to the event. Only one book and one shikishi per person will be signed and personalized.

Yusei Matsui was born in Saitama Prefecture, Japan and has been drawing manga since he began elementary school. His favorite manga series include Bobobo-bo Bo-bobo, JoJo’s Bizarre Adventure, and Ultimate Muscle. Matsui honed his skills while working as an assistant to manga artist Yoshio Sawai, creator of Bobobo-bo Bo-bobo. In 2005, Matsui debuted his first original manga, Neuro: Supernatural Detective, in Weekly Shonen Jump. In 2007, Neuro was adapted into an anime series. In 2012, ASSASSINATION CLASSROOM began serialization in Weekly Shonen Jump. ASSASSINATION CLASSROOM is published in North America by VIZ Media.