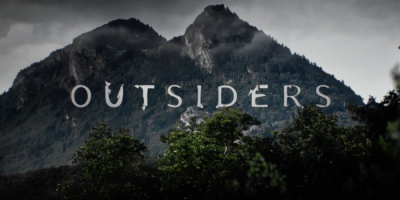 During the second season premiere of WGN America’s Manhattan this evening, the network will unveil the trailer for its new series, Outsiders – coming in 2016.

You can check it out early by following the jump.

During the season two premiere of WGN America’s critically acclaimed series “Manhattan” on October 13, the network will give viewers a first-look at their upcoming drama, “Outsiders” (premiering early 2016) with the release of a dramatic first trailer.

A Sony Pictures Television and Tribune Studios production, “Outsiders” is written and created by award-winning playwright Peter Mattei, who executive produces alongside Fedora Entertainment’s Emmy® Award winner Peter Tolan (“Rescue Me,” “Analyze This”), Emmy Award-winner Paul Giamatti (“John Adams,” “Sideways”), Dan Carey (“All Is Bright”) for Touchy Feely Films and Fedora’s Michael Wimer (“2012,” “Rake”). “Outsiders” explores the epic struggle between the Farrell Clan, who have lived atop the rugged Shay Mountain for over two hundred years, and their battle to defend their land and their way of life from the town below and anyone who would dare to challenge them.