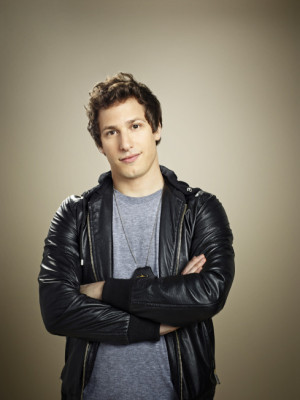 Andy Samberg of Brooklyn Nine-Nine has been named host for the 67th Primetime Emmy Awards, Sunday, September 20 on FOX.

The nominations for the Emmy Awards will be announced Thursday, July 16th. For more, follow the jump.

Nominations to be Announced Thursday, July 16

“It’s wonderfully fitting that we have Andy Samberg, an Emmy Award winner himself, as our host for this year’s Primetime Emmy Awards,” said Bruce Rosenblum, chairman and CEO of the Television Academy. “Andy has excelled in all aspects of the television universe, both from behind and in front of the camera. His humor, insights and charisma will be an exciting addition to our annual celebration of television’s best and brightest.”

“The moment the Emmy Awards’ host was brought up, we said it had to be Andy,” said Gary Newman and Dana Walden, Chairmen and CEOs, Fox Television Group. “He is fearless, hilarious, an award-winning comedian, singer, writer and actor with incredible live TV experience. We know he’ll deliver the laughs and give viewers an incredible night they will enjoy.”

Producers of the 67TH PRIMETIME EMMY AWARDS will be announced soon.

Nominations for the 67TH PRIMETIME EMMY AWARDS will be announced the morning of Thursday, July 16.

An Emmy Award-winning writer, Andy Samberg has emerged as a captivating and hilarious leading man on screens both big and small. For his role on BROOKLYN NINE-NINE, he won a Golden Globe Award for Best Performance by an Actor in a Television Series – Comedy or Musical, as well as the Golden Globe for Best Television Series – Musical or Comedy as a producer. Prior to BROOKLYN NINE-NINE, he completed his seventh and final season as a cast member on “Saturday Night Live.”

Samberg is part of The Lonely Island comedy troupe with partners Akiva Schaffer and Jorma Taccone. Their sophomore album, “Turtleneck and Chain,” was nominated for a Grammy Award in 2012 for Best Comedy Album, with Platinum-selling single “I Just Had Sex (feat. Akon).” Their single, “D*** In A Box,” from their first album, won an Emmy Award for Outstanding Original Music and Lyrics.

In January 2014, FOX inked a multi-year deal with The Lonely Island, to develop next-generation comedy series. The comedy development venture is titled “Party Over Here.”