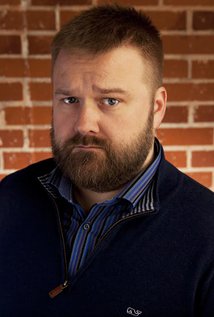 AMC Visionaries: Robert Kirkman’s Secret History of Comics – a six-episode deep dive into the stories, people and events that have transformed the world of comic books – will premiere on Sunday, November 12th (11/10C) before settling into its regular timeslot, Monday, November 13th (10/9C).

NEW YORK, NY – September 21, 2017 – AMC announced today that “AMC Visionaries: Robert Kirkman’s Secret History of Comics” will premiere as a two-night television event starting on Sunday, November 12th at 11:00 p.m. ET/PT, followed by a second episode on Monday, November 13th at 10:00 p.m. ET/PT, in its regular time slot. The six-part one-hour documentary series takes a deeper look into the stories, people and events that have transformed the world of comic books and features interviews with icons such as Stan Lee, Patty Jenkins, Lynda Carter, Kevin Smith, Famke Janssen, J.K. Simmons, Michelle Rodriguez, and Todd McFarlane, among many others.  The network also released four first look images, which can be downloaded here.

“My love for the world of comics knows no bounds,” said Kirkman.  “It’s a universe of amazing stories that has been driving pop culture as a whole for decades. Being able to explore the nooks and crannies of this world has allowed me to find out secrets even I didn’t know.  It’s been a pleasure putting this series together and I couldn’t be more thrilled to be able to finally share it with the world.”

Skybound Entertainment is responsible for such television hits including The Walking Dead, Fear the Walking Dead and Outcast. Moving into the digital content space,Skybound produced the first-ever narrative VR series, Gone, for Samsung’s Milk VR platform and in 2017 will produce VR horror series Lies Within, which is the first projectout of Skybound’s partnership with interactive theatrical company Delusion. Skyboud recently announced the film adaptation of Robert Kirkman’s second-longest running comic series Invincible, with Seth Rogen and Evan Goldberg attached to direct, write, and produce the movie for Universal.