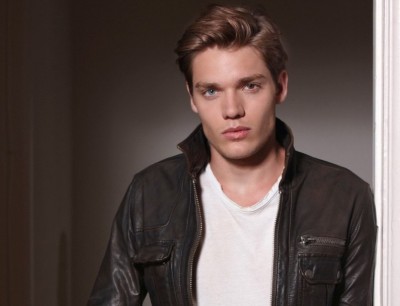 ABC Family’s Shadowhunters has its Jace Wayland. Dominic Sherwood has been cast the mysterious shadowhunter who plays a huge part in helping series heroine Clary Fray embrace her unsuspected true nature in the series based on Cassandra Clare’s The Mortal Instruments novels.

Burbank, CA (April 20, 2015) – ABC Family has found their ‘Jace’ in British actor Dominic Sherwood — it was announced today by the network. Sherwood was recently seen starring in the feature film “Vampire Academy” and featured in the Taylor Swift “Style” video.

Based on the bestselling young adult fantasy book series The Mortal Instruments by Cassandra Clare, “Shadowhunters” follows 18 year-old Clary Fray who finds out on her birthday that she is not who she thinks she is, but rather comes from a long line of Shadowhunters — human-angel hybrids who hunt down demons. When her mother Jocelyn is kidnapped, Clary is thrown into the world of demon hunting with mysterious Shadowhunter Jace and her best friend Simon. Now living among faeries, warlocks, vampires and werewolves, Clary begins a journey of self-discovery as she learns more about her past and what her future may hold.

Narcissistic, and lethally gorgeous, Jace is a determined and expert Shadowhunter. A skilled soldier in a war against demons. After his father is killed, Jace makes it his life mission to seek revenge on the man who is responsible.

“Shadowhunters” is produced by Constantin Film and executive produced by Ed Decter and McG. McG will also direct the first episode.

Part of the Disney | ABC Television Group, ABC Family is distributed in 94 million homes. ABC Family entertains and connects to audiences with bold, relatable programming that celebrates the epic adventure of becoming an adult, from first kiss to first kid. ABC Family’s programming is a combination of network-defining original series and original movies, quality acquired series and blockbuster theatricals. “WATCH ABC Family” is an authenticated service which allows viewers with participating TV subscription services access to 24/7 live viewing of the network, as well as continued on-demand access to such popular series at home and on-the-go via a wide array of devices. ABC Family is also the destination for annual holiday events with “13 Nights of Halloween” and “25 Days of Christmas.”