Entertainment News for The Rest of Us
Michelle Alexandria
Hollywood Insider 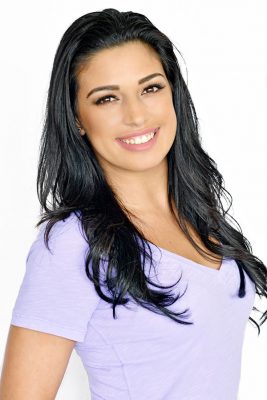 The long running hit, Stomp is touring once again and folks in Baltimore better act quick. The show will be at the Hippodrome, March 18 – 19. I recently did an email interview with Alexis Juliano, one of the show’s stars.  Alexis is an award-winning dancer, teacher and choreographer. She is best known as a finalist on So You Think You Can Dance.

In addition to the stage shows, STOMP has been an overwhelming success marked by rave reviews, numerous awards, an Academy Award nomination, four Emmy nominations and one Emmy Award for their acclaimed HBO special Stomp Out Loud, noteworthy TV appearances including The London 2012 Olympic Games Closing Ceremony, The Academy Awards (produced by Quincy Jones), Mister Rogers’ Neighborhood, and a series of award-winning international commercials.

The performers “make a rhythm out of anything we can get our hands on that makes a sound,” says co-founder/director Luke Cresswell.  A unique combination of percussion, movement and visual comedy, STOMP has created its own inimitable, contemporary form of rhythmic expression: both household and industrial objects find new life as musical instruments in the hands of an idiosyncratic band of body percussionists.  It is a journey through sound, a celebration of the everyday and a comic interplay of characters wordlessly communicating through dance and drum.

Can you talk a little bit about Stomp? What is it about and your character in particular?
The show’s about making extraordinary music out of ordinary objects, and how people of all walks of life can create it and come together in the process. I play a couple of those characters: One’s a free-spirited, spunky girl who likes to jump around and have fun, and the other’s a commanding, no-nonsense Amazon. Both are strong, confident female roles that hold their own in a predominantly male production.

Stomp is one of those productions that seems to have been around for ever, since 1991 really. Can you talk a little bit about why this production continues to endure?
I believe the longevity of the show is due to its relatability and freshness. The cast is made up of 8 completely different people of all shapes and sizes and colors and temperaments and you’re bound to identify with one if not all of them, and they all speak the language of music, which is unavoidably universal. And we’re able to keep it fresh every night because we’re afforded a lot of creative license as performers. We get to choose what to wear, what to play in our solos, and how to interact with each other. Also, the creators are constantly adding new numbers, editing existing ones, and hiring new performers.

This is a dance heavy and grueling production, what do you do to stay motivated and in shape?
The show’s extremely arduous and we stay in shape by warming-up and rehearsing before each performance. Some of us hit the gym when we get a chance, or use the show as our “workout.” We’re all happy and grateful to have the job and the freedom to express ourselves as artists within it, so staying motivated to put forth the best show we can muster is something we always look forward to.

Can you talk a bit about your background and how you became involved in Stomp?
I grew up training in all styles of dance in a competition dance studio. I grew up competing at dance competitions from the age of 5 to 18. After graduating high school, I auditioned for So You Think You Can Dance and fortunately made it to the top 14 where I then toured with the cast. While on tour I had the opportunity to meet the rehearsal director at the time for Stomp, Ivan Delaforce. He in a way, made this all possible for me. He got me the audition for Stomp and I have been touring with the show ever since.

So You Think You Can Dance has become really popular. Why do you think dance competition shows seem to explode in popularity in the last few years?
Dance is stepping out of the shadows again. People are more interested in seeing dance on TV and on the big screen. I think shows like So You Think You Can Dance or Dancing With The Stars, shows that have been around for many years are helping with that.

What kind of impact do you think Dance films like the Step Up series had on the eventual success of SYTYCD?
If anything, I feel that SYTYCD has had an impact in the Step Up series. The movie franchise has really been taking a lot of dancers from SYTYCD and have been using them in the movies. Dancers such as TWITCH, FIKSHUN, and even to choreographers like Christopher Scott who all started on SYTYCD had the great opportunity to join the movie franchise.

Based on your bio, you clearly love TAP Dancing. Out of all the various forms of dancing, why did you sink your teeth into Tap? What’s the attraction?
I always felt an attraction to tap dance. Even as a little girl, I had always looked up to Gregory Hines, Sammy Davis Jr, Sandman Simms, and many many more. It always fascinated me that with this art form, you had the ability to add to the music if not make your own. With other styles of dance, you have the music to dance to. With tap dance, yes you can dance to the music, but you can also add to the music. You can add rhythms to the music or you can even create your own music by dancing acapella.

What is different about this production of Stomp?

This is a first time cast. We have people from Europe, Mexico and the US which makes for a unique blend of styles and rhythmical flavors. Since there are many new cast members, it’s refreshing because people have their own take on the show and perform in different ways, so there is a nice fresh dynamic on stage.

What’s next for you?
I’m not really sure what’s next for me. I am going to continue dancing and training. I also love to teach so while on break I will be traveling to different cities, teaching and choreographing for different dance studios. I hope to be back on tour with Stomp for a 4th season.

Check out Stomp Online for the tour schedule.