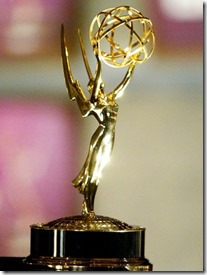 The 2013 EMMY Awards Nominations are out and it is a decent enough list – with some brilliant calls and a few egregious Ù(and I do mean egregious!) errors in judgement – but it could have been a great list. Follow the jump for a list of the major nominees and one or two (!) comments on better and worse calls.

Jeff Daniels as Will McAvoy – The Newsroom (HBO)

No arguments from me.

Tatiana Maslany was more brilliant than anyone on this list as she played seven (!) different characters. Sure, they were clones – but they each had different looks, accents, walks, and so forth. For Maslany be snubbed for Connie Britton and Kerry Washington – who were superb but not as amazing as she – is a sad commentary on the Academy’s awareness of the new and wonderful.

Outstanding Lead Actor In A Miniseries Or A Movie

Michael Douglas as Liberace – Behind The Candelabra (HBO)

Matt Damon as Scott Thorson – Behind The Candelabra (HBO)

Pickings were slim in this category, but even so, Al Pacino does not belong on this list. Nor for that matter, does anyone who had anything to do with the production of Phil Spector (with the possible exception of costuming…).

Outstanding Lead Actress In A Miniseries Or A Movie

Elisabeth Moss as Robin – Top Of The Lake (Sundance Channel)

Outstanding Host For A Reality Or Reality-Competition Program

Cat Deeley, Host –So You Think You Can Dance (FOX)

Edie Falco’s Nurse Jackie is the least comedic character on the show – it’s a 95% dramatic role. Sorry, but she simply does not belong in a comedy category.

Dancing With The Stars (ABC)

So You Think You Can Dance (FOX)

And Bill Maher will just keep on losing (and milking it for gags…).

Behind The Candelabra (HBO)

Top Of The Lake (Sundance Channel)

Again, Phil Spector does not belong on this list – it may be David Mamet’s biggest misfire…

Despite John Hamm continuing to be amazing as he charts Don Draper’s journey, Mad Men had at least three eps where the storytelling was weak and/or self-indulgent. Orphan Black, on the other hand, was amazing throughout. It’s bad enough that Tatiana Maslany was snubbed for her brilliant performance in seven (!) roles, but for what was the single best new series of the year to snubbed as well? That’s contemptible.

JOHN NOBLE, BITCHES! Er.. what I meant to say was… Once again the incredible John Noble’s heartbreaking work as Fringe’s Walter Bishop goes unrecognized. Almost as big a shame as Tatiana Maslany being ignored…

As brilliant as she’s been on The Americans, the fabulous Margo Martindale may well lose out to Dame Diana Rigg’s terririfc-beyond-hyperbole work on Game of Thrones. If anyone else on this list wins, something is very wrong!

Outstanding Writing For A Drama Series

Game Of Thrones (HBO) The Rains Of Castamere – written by David Benioff and D.B. Weiss

Breaking Bad (AMC) Gliding Over All – directed by Michelle MacLaren

Any of several eps of Orphan Black where three or more of the clones appeared onscreen together would have been preferable to any ep of the increasingly boring Boardwalk Empire.

Really? Melissa Leo over Parker Posey for a Louie guest star? Well, at least Louie is getting some well deserved recognition.

Outstanding Writing For A Comedy Series

The Office finale was barely okay. Another ep from Louie (like, maybe, the one that actually guest starred nominee Melissa Leo?) might have been preferable.

Girls (HBO) On All Fours – directed by Lena Dunham

Outstanding Supporting Actor In A Miniseries Or A Movie

Scott Bakula as Bob Black – Behind The Candelabra (HBO)

Peter Mullan as Matt – Top Of The Lake (Sundance Channel)

Where’s James Wolk? His performance on Political Animals was outstanding! As much as I like Scott Bakula, his work on Behind the Candelabra was no match…

Outstanding Supporting Actress In A Miniseries Or A Movie

I would have selected Carla Gugino over Ellen Burstyn as the supporting actress to go with for Political Animals but it would have been a close call – Burstyn was also excellent in it.

Outstanding Writing For A Miniseries, Movie Or A Dramatic Special

Behind The Candelabra (HBO) – written by Richard LaGravenese

Just because it’s by David Mamet doesn’t automatically mean it should be nominated. Political Animals was a far better production.

Outstanding Directing For A Miniseries, Movie Or A Dramatic Special

Behind The Candelabra (HBO) – directed by Steven Soderbergh

Phil Spector! Just no! Any ep of Political Animals would have been a better choice.