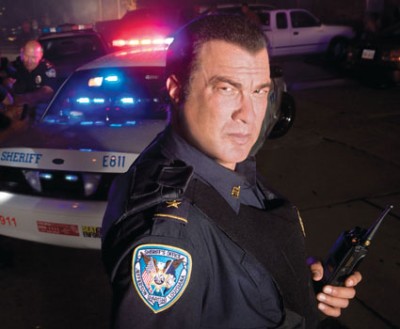 Courtesy of the folks at A & E we have a really cool Steven Seagal Lawman Prize Pack to give away.  The Pack includes: 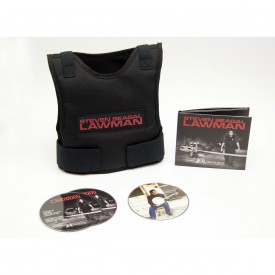 Steven Seagal’s movies have grossed more than $2 billion worldwide.  He is an expert martial artist with a 7th-degree black belt in aikido.  Along with Sylvester Stallone and Arnold Schwarzenegger, he is considered one of the film industry’s greatest action stars. But it turns out that Steven Seagal isn’t just an action hero in the movies. For almost 20 years, Seagal has been working as a fully-commissioned deputy with the Jefferson Parish Sheriff’s Office in Louisiana.  In fact, in addition to going out on patrol, Seagal is an expert marksman who has worked with their SWAT team and has instructed Jefferson Parish officers in firearms and hand-to-hand combat. 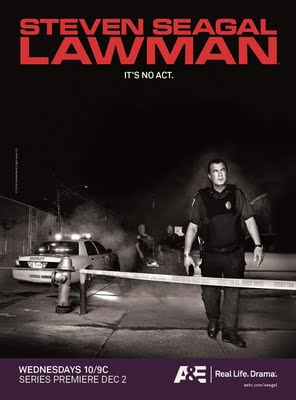 Until now, Seagal has never sought attention for his work with the Jefferson Parish Sheriff’s Office.

However, over a span of almost two decades, he has regularly gone out on patrol and worked major cases.  Each thirty-minute episode will allow fans to ride shotgun with Seagal as he and his hand-selected elite team of deputies respond to crimes-in-progress.  Then, when Seagal goes off-duty, the cameras will continue following him as he pursues his many ventures – including musical performances and philanthropic efforts – in Jefferson Parish and New Orleans.

We want to give this prize pack to a real Seagal fan. To win all you need to do is leave a comment about your favorite Seagal Moment or Movie. Extra points go to those who watch the show and leave a specific comment about it.  At the end of the contest period send an email to contests@eclipsemagazine.com with your UserID, full name, full address and the “Steven Seagal” in the subject. This contest is only open to people who haven’t won anything from us in the last two months (screening passes don’t count).

One thought on “Win Our awesome Steven Seagal Prize Pack!”